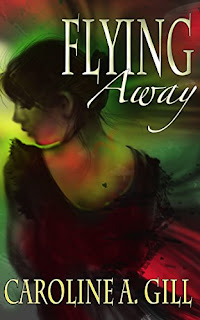 Flying away is about a young girl who is living with her aunt and uncle after her parents die. Some people will disagree with me a little about giving it 5 stars because of the beginning. Even the author will tell you that she has people tell her that she looses them at the beginning of the book. However, it is a little strange for a reason that becomes clear later in the book. Lani gains the ability to communicate with flies, and  flees with her cousin after her aunt and uncle are killed by strangers with strange green glowing lanterns.

Who would have thought that fly magic would be so cool? I mean really this YA story will change the way you think about flies. Sure there are a couple of moments that are kind of gross, they are still flies, but Lani's new abilities to use the flies are really cool. The people with the lanterns are killing people and it's up to Lani to try and stop them while trying to save her cousin who is unable to take care of herself.

I gave it 5 stars because of the unique storyline, strong character growth throughout the story, and plot twists that you will not see coming. You can find the book on amazon at the following link:
www.amazon/flyingaway