Showing posts from October, 2019
Show all

As you turn each page, terrified, you won’t know what is real and what is not.
I'll never feel completely safe being home alone after I saw a shadow man for the first time.
About this Series:
This is not just a horror novel or a true life story, it's also a game. I wanted to write out my real life supernatural experiences, but I also wanted to remain anonymous, so I disguise my identity by writing two fake stories along with every real story I tell.


Warning! Read at your own risk! Studying shadow men can cause them to visit you!
"Good and definitely worth reading again. Quick and. scary almost like recounting things that we've experienced. Those things that go bump in t…
1 comment
Read more

What if everything you knew about your life turned out to be a lie? And the people who you love and trust the most, aren't who they say they are?Meet Rosie Morgan. After news of her husband's fatal car crash, Rosie learns of his secret life. A life that will put her in the path of a sinister nightmare and The Whistler. As Rosie's dreams of the whistling man become more real, she will stop at nothing to figure out his identity. While searching, a dark doorway opens to her childhood, where more secrets unravel, leaving her questioning who she really is.Will she find out what The Whistler wants before it is too late? Or will her past catch up to her? Who is Rosie Morgan?

About the Author Carla was born in Leicestershire in 1970, to parents Barrie and Pamela Day. S…
Post a Comment
Read more

In Scotland, they visit the grave of Robert Kirk, a seventeenth- century minister who was kidnapped by fairies. No one is more shocked than Karina when a handsome man with a Scottish brogue appears, claiming to be the Robert Kirk of legend. What’s more, he says …
Post a Comment
Read more

The Black Widow by Christa Simpson (Dark Secrets Duet #2) -- Day by day, piece by piece, he puts it all together. What will happen when he finally realizes what I’ve done? ***Adult - Psychological Thriller - Spotlight - Excerpt - Giveaway***


Day by day, piece by piece, he puts it all together. What will happen when he finally realizes what I’ve done?
There was a time when I thought I was simply a magnet for trouble. Now I know better. If you want to call me the Black Widow, I’m going to own it. You want a monster? I’ll give you one. I’ll alienate you from everything you know and love. You will learn the hard way that evil doesn’t only lurk in our imaginations.

The tall, dark and handsome cop would be well-advised to steer clear of me. He knows better than to get tangled in the web I’ve weaved. I warned him. I told him not to mess with me if he values his life. You’re probably wondering what’ll happen when my darkest truths unravel. It’s not my problem anymore. If he sticks around, he will be the author of his own misfortune.

Caught in my own dangerous game of elimination, will he be the last nai…
Post a Comment
Read more

It only takes one little bite to draw you in and hold you captive.
Twelve authors have set out to ensnare you with their words.

The stories of their vampires traveling the earth, hidden in the shadows and waiting for their one true love to surrender to their ways, will leave you searching for your own.

Contributing Authors:
Ice Cold Justice – Scarlette Amour
I’ve been hiding a terrible secret. One that’ll see the end of me if anyone finds out…
Add an annoying old flame threatening to out my new secret…What’s a girl to do?

I Am Here – Ann Mickan
Morfran’s simple existence can become a life worth living and loving.
But the price of a new life is the choices to be made.

Emma James
One night at Elysium with the dark, sexy stranger would unlock Miss Bennett’s secrets and rock her world. 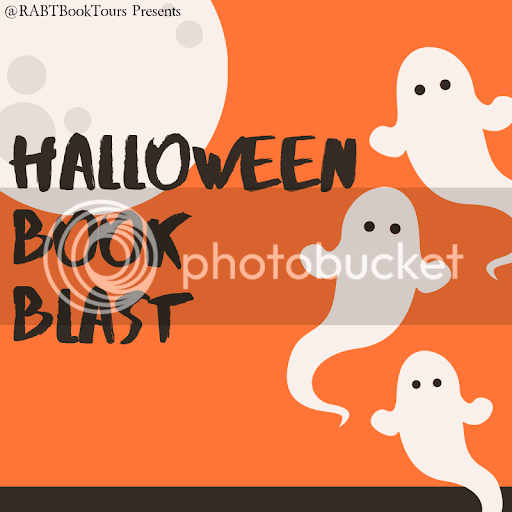 WELCOME TO THE HALLOWEEN BOOK BLAST!
Click on any of the below book covers to be taken to the page that has more information on the novel as well as the Buy Links!
Before you leave, don't forget to enter the Giveaway!