Showing posts from January, 2018
Show all

It’s August in Alaska, and geology professor Jack Oswald prepares for the new school year. But when hundreds of huge holes mysteriously appear overnight in the frozen tundra north of the Arctic Circle, Jack receives an unexpected phone call. An oil company exec hires Jack to investigate, and he picks his climatologist wife and two of their graduate students as his team. Uncharacteristically, Jack also lets Aileen O’Shannon, a bewitchingly beautiful young photojournalist, talk him into coming along as their photographer. When they arrive in the remote oil town of Deadhorse, the exec and a biologist to protect them from wild animals join the team. Their task: to assess the risk of more holes opening under the Trans-Alaska Pipeline and the wells and pipelines that feed it. But they discover a far worse danger lurks below. When it emerges, it threatens to shatter Jack’s unshakable faith in…
Post a Comment
Read more

The latest stand-alone novel in Dani Harper’s Grim Series will delight old and new fans alike, transporting them to the ancient fae realm beneath the modern human world, where magic rules and menace abounds . . .

Heir to a noble fae house, Trahern is forced to watch helplessly as his twin brother is cruelly changed into a grim—a death dog—as punishment for falling in love with the wrong person. Trahern doesn’t believe love exists, but he will do anything to keep his brother alive—even join the Wild Hunt and ride the night skies of the human world.

Lissy Santiago-Callahan believes in love but has no time for it. She’s busy juggling her career as an academic and her home life as a single mom to a young son with Asperger’s. Her hectic life in sleepy Eastern Washington is made even more chaotic with the sudden arrival of a demanding fae and his…
9 comments
Read more


When Poseidon’s elite warriors gear up to train a new generation of fighters, they have no idea that Atlantean Queen Riley has secretly taken on a new role: Matchmaker. By the end of the year, she plans to find soul mates for all twelve of Atlantis’s fiercest warriors . . .

Twelve all-new adventures in the hotly anticipated world of Poseidon’s Warriors, coming once a month from New York Times bestselling author Alyssa Day. These books are sexy, romantic, and wickedly addictive —welcome to 2018! And welcome to:

A Year in Atlantis


About the Author Alyssa Day is the New York Times and USA Today bestselling author of more than forty novels filled with kissing, laughter, mystery and magic. Alyssa’s paranormal series include the Poseidon’s Warriors and Cardinal Witches paranormal romances and the Tiger’s Eye …
Post a Comment
Read more

Nic hasn’t survived for four thousand years by letting his guard down, and he doesn’t trust anyone except his drakon brothers. The loneliness haunting him has been getting worse since all his brothers have found their mates. And when he finds the woman his drakon recognizes instantly as his fated mate, he doubts he’ll ever have what his brothers have, because it seems she’s involved with the secret society of hunters who have been…
Post a Comment
Read more

SINthetic: The Artificial Evolution, by Author J.T. Nicholas - Guest Post: How to Spot a Synthetic - Read Chapter One - Giveaway

They look like us. Act like us. But they are not human. Created to perform the menial tasks real humans detest, Synths were designed with only a basic intelligence and minimal emotional response. It stands to reason that they have no rights. Like any technology, they are designed for human convenience. Disposable.

In the city of New Lyons, Detective Jason Campbell is investigating a vicious crime: a female body found mutilated and left in the streets. Once the victim is identified as a Synth, the crime is designated no more than the destruction of property, and Campbell is pulled from the case.

But when a mysterious stranger approaches Campbell and asks him to continue his investigation in secret, Campbell is dragged into a dark world of unimaginable corruption. One that leaves him questioning the true nature of humanity.

Cover Reveal: Tempted by the Viscount by Author Sofie Darling

Lord Jakob Radclyffe left his past behind in the Far East. Or so he thinks until a ruthless thief surfaces in London, threatening to ruin his daughter’s reputation. With the clock ticking, Jake needs the scandalous Lady Olivia Montfort’s connections in the art world to protect his daughter’s future.

Olivia, too, has a past she’d like to escape. By purchasing her very own Mayfair townhouse, she’ll be able to start a new life independent from all men. There’s one problem: she needs a powerful man’s name to do so. The Viscount St. Alban is the perfect name.

A bargain is struck.

What Olivia doesn’t anticipate is the temptation of the viscount. The undeniable spark of awareness that races between them undermines her vow to leave love behind. Soon, she has no choice but to rid her system of Jake by surrendering to her craving for a single scorching encounter. 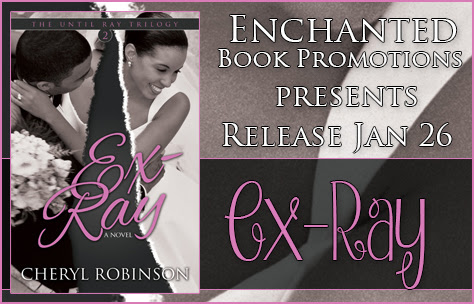 
Megan’s temper lands her in Girderon Academy, an exclusive school founded in a town of misfit supernatural creatures. It’s the one place she should be able to fit in, but she can’t. Instead, she itches to punch the smug sheriff in his face, pull the hair from a pack of territorial blondes, and kiss the smile off the shy boy’s face. Unfortunately, she can’t do any of that, either, because humans are dying and all clues point to her.

With Megan’s temper flaring, time to find the real killer and clear her name is running out. As much as she wants to return to her own life, she needs to embrace who and what she is. It’s the only way to find and punish the creature responsible.


Excerpt
“WHAT WAS THAT FOR?” HE ASKED. ANGER HAD WIPED OUT ANY HINT OF MOCKING CURIOSITY FROM HIS TONE.

I COULD ALSO FEEL THE THROB IN MY FIST. HE HAD A …
Post a Comment
Read more

New Release! Smoke City, A Novel by Keith Rosson - Guest post: What kind of magical realism can we expect in my upcoming novel?. - Giveaway


Marvin Deitz has some serious problems. His mob-connected landlord is strong-arming him out of his storefront. His therapist has concerns about his stability. He’s compelled to volunteer at the local Children’s Hospital even though it breaks his heart every week.

Oh, and he’s also the guilt-ridden reincarnation of Geoffroy Thérage, the French executioner who lit Joan of Arc’s pyre in 1431. He’s just seen a woman on a Los Angeles talk show claiming to be Joan, and absolution seems closer than it’s ever been . . . but how will he find her?

When Marvin heads to Los Angeles to locate the woman who may or may not be Joan, he’s picked up hitchhiking by Mike Vale, a self-destructive alcoholic painter traveling to his ex-wife’s funeral. As they move through a California landscape populated with “smokes” (ghostly apparitions that’ve inexplicably begun appearing throughout the …
2 comments
Read more
More posts