Sitting Down with Author Lori Leger

An Interview with Author, and Owner of 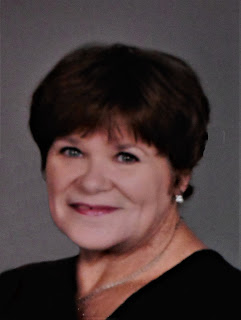 She’s contributed to the Sweet & Savory Cookbook of Amazon Authors, published by Top Ten Press. Lori also has an article published in the non-fiction book Writing After Retirement: Tips From Retired Writers, published by Rowman and Littlefield Publishers, and edited and compiled by Carol Smallwood and Christine Redman-Waldeyer.

Her fourth novel in the Halos & Horns series, “One Year to Forever” won 2015 Romance Novel of Excellence award from InD’tale Review magazine.

Tell us about your writing career. How long have you been writing?

Hi Jena! I started writing about ten years ago. I waited a few years to actually publish though. I began self-publishing my first series, La Fleur de Love, in August of 2011.

How did you choose your genre?

I don’t have it in me to write erotica, and I started writing about what I knew so I guess contemporary romance chose me. I come from a large family—I’m the sixth of eight children—so I’m used to big, bustling families where everyone is in everyone else’s business. Because of that I naturally gravitated toward Women’s Fiction sprinkled with romantic elements.

Seven siblings sounds like a lot of fun. Tell us a little about the books you’ve published. Series, or stand-alone?

La Fleur de Love series is nearly all set in south central and southwest Louisiana, my stomping grounds. Book 1 is “Some Day Somebody” and it is about a newly divorced woman with three teenagers and starting a new career. She’s disillusioned with love but gets a second chance at it. The characters, Sam and Carrie, are the cornerstone of the entire series, as they make repeat appearances in the other books. Carrie’s younger co-workers, Jackson and Giselle, are featured in Book 2, “Last First Kiss”. Jackson’s friend, Red McAllister is featured in Book 3, “Brown Eyed Girl”, and Book 4 is about Red’s younger sister, Annie. Do you see a pattern here? Big, bustling, extended families where everyone is into everyone else’s business!

Halo’s and Horns series is a spin-off of La Fleur de Love, with the characters hailing from both Texas and Louisiana and it works the same way, pulling friends and acquaintances into the storylines for the next book.

My Prime of Love series was developed for lovers of  books with middle age or slightly older characters called ‘seasoned romance’.  The more ‘mature’ woman (I can say that because I AM one of them now) sometimes enjoys reading about characters who have more in common with her. Book 1, “Running Out Of Rain” is about two old school classmates who’ve lost their spouses. They have older children, young grandchildren, a parent with Alzheimers, and situations that give them as many reasons to be together as apart. It’s complicated and messy. It’s like real life. Book 2 is called “Hanging On To Hope” and deals with the death of a child and a marriage and how life can go on if you let it.

I have one inspirational/sweet romance written for a series, but want to write two more for that series before publishing them one after the other. Don’t want to give away the series or book title just yet, because it’s such a good title and I don’t want anyone stealing it from me before I get to use it! ;-)

I have a stand-alone Christmas suspense story called “Christmas 911” about a woman who ends up meeting the 911 dispatcher who she credits with saving her life. It was created as a short story for a multi-authored anthology series but I liked it so much I turned it into a full length novel and sold it to The Wild Rose Press last year!

I had four short stories in the multi-authored Seasons of Love anthology series all revolving around two people, Cathryn and Zachary, who were close during high school but had since gone their separate ways. When Cat comes back to town, old wounds are opened up and things start to happen. I compiled all four of the Cat and Zach stories into one book and called it “Full Circle Love”.

You have a lot on your plate. What inspires your work?

LIFE in general inspires my writing…things that happen in my own family, with friends, with readers. I got the idea for the book I’m writing now from a reader who is raising one of her grandchildren with her husband.

Who are your favorite authors, and what is it that draws you to them?

I adore Linda Lael Miller’s depiction of sensitive, sexy contemporary cowboys, I love the emotional writings of Lisa Kleypas, Robyn Carr’s Virgin River series with its retired Marines made a lasting impression on me, and I admire the humor and drama of Catherine Anderson’s books, both historical and contemporary.

Are you working on a story now?

I have two started, actually, although I’m trying to finish up Book 3 of the Prime of Love series called “Settling For More”.

The fifty-something year old Sandra and Marshall Campion are beginning to enjoy life with no children at home. Trips to Belize...weekends at the beach house with other couples, tailgating and season passes to college football games. Their youngest, Brock, has just graduated from college and has a new fiancée. Their oldest daughter, Ella, is married to an architect and still bears an irrational grudge against her younger sister. Middle daughter, Maddie, dropped out of college at twenty and has been on a six-year trek across the US, taking odd jobs to earn her keep. She calls and video chats occasionally to let them know she’s alive, but they haven’t seen her in person for well over four years. When she arrives, unannounced, towing a four year old daughter they knew nothing about, the Campions are both thrilled and shocked.  Shock turns to pleasant surprise as they accustom themselves to being new grandparents to the bright, articulately advanced child. They hope to convince their daughter to settle down in their home town, but the older-middle sibling rivalry rears its ugly head and threatens the peace and serenity of the entire family. So much so that the couple awakens one morning to find that Maddie is missing. She’s left behind two things: a note, and her child.

Will she resolve her issues and come home to finish raising her daughter, or will Sandra and Marshall Campion have to start their lives over as new parents?

Please, tell us more about it.

“Settling For More” deals with subject matter that happens more frequently these days…grandparents taking on the challenge of raising a grandchild. Of course there is a lot more going on, older sibling rivalries, the complications of pregnancy, mental health issues, and dealing with the dilemmas of older couples…retirement, downsizing, budgeting, etc.

What do you anticipate your release date to be?

I’m shooting for September 15th, but it may be closer to October 1st…

Any stories sitting on the back-burner?

I’ve got the inspirational/sweet romance I talked about earlier. I also have started Book 5 of Halos & Horns. The preliminary title is “Tangled Up” and I will FINALLY deal with Tex and Niki, a couple/not couple whose stories I left dangling at the end of Book 4. But before I can get to that I have a Paranormal Romance short story to complete for a Valentine’s day release of a paranormal multi-authored anthology called “Sweet Treats” with nine other authors. I think these sweet treats will all be laced with a little heat, some more than others, if you know what I mean. Wink…wink!

Balance is a good thing. Do you have a website?

What will we find there?

Do you have an Amazon Author Page?

Where else can we find you?

And don’t forget to find me on Goodreads!
If you have any questions for Lori, you can ask them here, or on her Goodreads page. 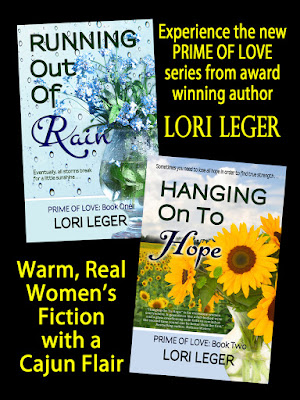