The Suspenseful Collection - A two author collection of short stories 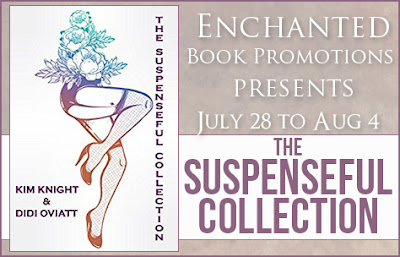 A suspenseful novel with a twist. Eight short stories, by two suspense authors, from diverse backgrounds. From opposite sides of the Atlantic these stories have been created. One author started the tale and the other ended it. No discussion, no pre-planning, yet their stories are seamless. With just creativity and the use of writing prompts, to craft one tale, with two different writers. This anthology of suspenseful, fast paced and engaging tales covers multiple genres. From heartfelt romance, crime, fantasy, and steamy historical fiction. There is a story for everyone! 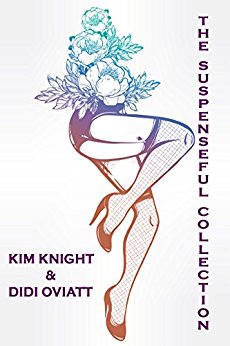 Steamy Historical Crime Fiction: It was The First Time I Killed A Man.

It’s 1972 and New York’s first female serial killer Lisa Vanacilli is in the hot seat again, ten years after her conviction of murder to the first degree and innocent plea. The ruthless but sexy reporter Tiffany Low cracks Lisa for a confession… at a price. Lisa is strong, courageous and says it how it is. This story has been extended due to reader’s demand. And is only for adult readers.

Psychological Fiction: Every Time I Hear That Voice From The Basement.

George appears to be harmless. The local neighbourhood geek on the outside, married to Jolene. In reality, he’s a very disturbed man. His path crosses with Dana, the local check out girl. This is a psychological suspense story with a twist.

Crime Fiction: The Entrance To The Tunnel Is His Only Way Out.

Juan is a wanted man, and an ex-gang member on the run from Atlanta to Mexico. With a hundred grand in cash stolen from his ex-boss, he meets an unlikely fate in Mexico. A fast-paced crime fiction story.

Contemporary Romance: When His Hands Run Up My Thighs I…

Love has no time limit, age limit or use by date. Sarah now in her fifties is reunited with her long-lost love Joshua. They last had contact in 1961. In the present day, thanks to the advancement of technology their paths cross. A heart-warming and modern tale, about long distance love, that will leave you warm inside.

Suspense: We Only Said Goodbye With Words, I Died A Hundred Times

In 1963 Russian Femme Fatale Mila Petrov is London’s top Madam. Her entertainment house is booming, she has a team of London’s strongest women behind her. Unfinished business from her past creeps up and haunts her. It’s nothing she can’t handle. A suspenseful historical tale, with a strong Femme Fatale.

Fantasy: The Ones Who Live At The Bottom Of The Ocean, Come To The Surface.

A beautiful coming of age story, featuring sixteen year old Zoe and her mother May-Li. Myth becomes reality, as Zoe finds out who and what she really is. Her mixed descent reveals more than what meets the eye. This fantasy story is set against the backdrop of a Greek island and Hong Kong, China.

California’s sassy, tough, and likeable defence lawyer Catherine has taken on a case so high profile, if she wins she’ll become a partner of Martin Law Firm. Defending forty six year old Mrs. Chevelle. An ex Las Vegas show girl, now a Hollywood wife, on trial for the murder of her high-profile husband. She claims she’s innocent. Readers are taken on a fast -paced journey on a mission to seek the truth.

A beautiful modern tale showing the love and appreciation of a woman. James Brown said it right when he said, “it’s a man’s man’s world, but it would mean nothing without a woman or a girl.”

Kim is thirty four (born in 1983), and from London in the UK. She’s a mother to a beautiful toddler and a proud author of seven romance and thriller books. Kim started her journey as a traditionally published author after she scored a publishing contract with a USA based publisher. She was over the moon! However, it became clear to Kim that things were not as she expected. Therefore, she set out on her own journey, she dived head first into the world of self-publishing and republished two of her fictional stories, and became a proud self-published author also. Something great was unleashed, she’ll never look back in regret.

As a reader she’s head over heels in love with romance, historical fiction, crime fiction, African- American, suspense and thriller genre books. At present Kim is writing a romantic thriller novel, and brainstorming steamy romance novella ideas. As a writer, Kim enjoys creating stories with a diverse and multi-cultural line up, within the romance, romantic suspense, general thriller and crime genres. When she’s not reading, or writing stories of her own her other passions include practising her French, fashion, drawing, make-up artistry, spending time at her sewing machine dressmaking, watching make up and beauty tutorials on YouTube, letter writing and being a mum. 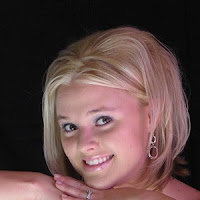 Didi Oviatt is a small- town gal who married a small town guy. Within a few years of experiencing a new families bliss, she discovered that she had a thirst to write. Now, after digging down deep and getting in touch with her literary self, she's writing mystery/thrillers like Search For Maylee (coming soon), Aggravated Momentum, The Stix, and New Age Lamians. Along with a six- piece short story collection called the Time Wasters. And don’t fret: there are two more Lamian novels in the works. When Didi doesn’t have her nose buried in a book, she can found enjoying a laid back outdoorsy life. Time spent sleeping under the stars, hiking, fishing, and ATVing the back roads of beautiful mountain trails, and bathing in the desert heat plays an important part of her day to day lifestyle.