The King is Dead by Al Burke **Excerpt-Giveaway**

The King Is Dead
by Al Burke
Genre: Epic Fantasy 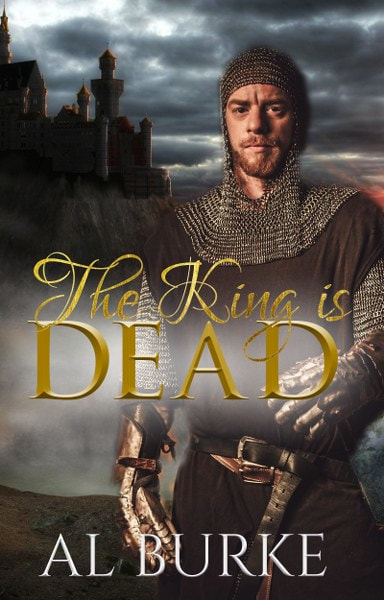 Etruvia has known peace for twenty years. But this time of peace has brought corruption and greed. The nobility has taken control, and the memories of great victories of old have faded. Crime is rife and the once proud people are little more than peasants. As a great evil rises in the desolate north, can a forgotten king and an embittered former war hero wake a nation from its stupor and build an army strong enough to give it a fighting chance? 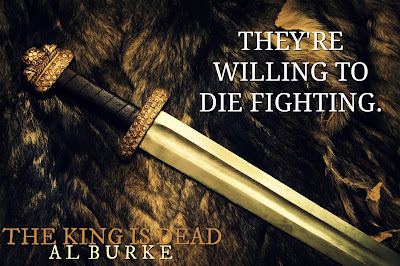 Being king wasn’t exactly as Eric had imagined. His memory of his parents was

more akin to dreams than solid points of reference, but he had been very young

when they died, a mere six years old, and was now entering his fortieth year. The

amounts. While dealing with affairs of state was hardly something a heartbroken

child should have to deal with, as the years went by, Eric had received no

training in what should have been important matters, and instead, considerable

efforts were made to keep him from attending to what was his kingdom.

Eric’s ministers were no doubt enjoying their own power, and there were

him in the name of democracy. While Eric actually appreciated the idea of

“advisers” were practising hardly fit in with the dictionary definition of the idea.

less fortunate. There was no doubt that his father, who had come from a long line

of respected regents, was turning in his grave with regularity.

Eric, however, failed to replicate his father’s charisma and steely will that had

negotiation. Whereas the mighty King Cedric had had his finger in all the

country’s pies, running it as he saw fit―which had been admittedly

effective―Eric had been hampered by his advisers from an early age, and by the

time he was old enough to sit in court, he had been roundly discouraged for so

long that he did as he was told.

Of course, this bothered Eric, who didn’t want to hand his beloved kingdom

over to a bunch of charlatans. He still occasionally tried to join in on matters of

state, but he was talked down at each attempt. With a lot of time to spare, Eric

the respected academics in the kingdom. The great minds supported the king, but

all felt he needed to show some resolve in order to take the seat of great prestige.

While his intellect was admirable and matched many of his predecessors,

throne before him, but possibly every person who had ever resided in the

kingdom: combat. Eric had been born at a time of great turmoil, as border battles

were an almost daily occurrence. Perhaps being born practically with a sword in

his hand helped, but Eric had grown up in a time of relative peace. Yet his

acumen with a sword, bow, or any other weapon one could name was peerless.

could take on six soldiers while wielding just a knife, yet come out victorious

with nary a bruise. While some opined that his soldiers went easy on him, Eric

sent by his ministry. Regardless of popular opinion, any combat veteran could

tell that the king’s ability to parry and strike bordered on superhuman, and if

there was one person who could spar with him for more than a minute, they had

yet to make themselves known.

to match, and he could have had his pick of brides had politics not reigned

supreme. Instead, Eric was wed to Catherine of Genovia. They had managed to

again. While court talk should always be taken with a pinch of salt, rumour had

with the castle staff.

Eric was no fool, and he knew that being royalty often led to a loveless

marriage. He could handle her frosty personality, but she refused to bear him a

child, which put his royal line in jeopardy. Not only did she refuse him sex, but

interfere with whatever nefarious schemes she had cooked up. Ending the

marriage was no option, as Catherine’s father was a proud man who would have

sought revenge with his seasoned army, something the peaceful Etruvians could

not boast. So, Eric had to grin and bear it. He continued to perfect his skills and

his mind in the absence of other ‘activities.’

Tiring of beating on his generally incompetent soldiers, Eric decided to seek

greater challenges, and at night he began to sneak down to town to try and help

stem the spiralling outbreak of crime. While the army was essentially the militia

too, some of the senior officers were well catered to by crime lords who seemed

to wield far more power than the king himself.

town taking on thieves, rapists, and the other types of scum who had flourished

in the once proud city. Used to picking on hapless citizens, these criminals were

no match for Eric, and he quickly earned a name for himself as a vigilante. This

reputation earned him the respect of the honest people in the town, but the

criminal gangs and the militia worked hard to trap him, both of whom saw a loss

Villains came out in greater numbers, at least as great as they could without

being too obvious, yet Eric still sent the lucky ones running. With this

mysterious vigilante roaming the streets and upsetting the criminal apple cart, a

plan needed to be hatched to end his threat, and for the first time in his life, Eric 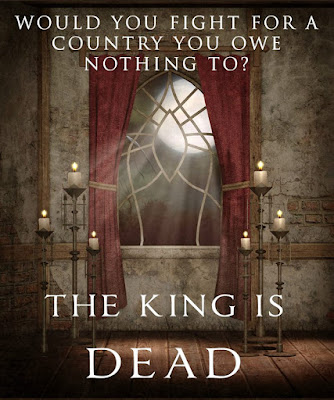 Al was born in Dublin, Ireland, but moved to Vancouver, Canada in 2009 with his wife and baby daughter. Now the proud (and active) father of two children, Al pays the bills by working in his local library. Al is the author of The King is Dead, an epic fantasy novel recently published by Bella Tulip Publishing. With his first novel under his belt, Al plans to release at least one more in 2017, including a series of short stories.

Al is a huge fan of mythology, and his future works will incorporate different legends.

Al has a degree in Philosophy, with particular interest in Morality and Philosophies of Freedom.


Giveaway
Follow the tour HERE for exclusive excerpts and a giveaway!