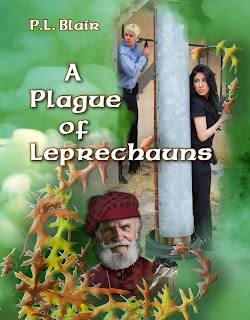 A Plague of Leprechauns

Someone has found a way to steal gold from a Leprechaun – leaving a trail of bodies across Corpus Christi, Texas.

It’s up to Kat Morales and her elf partner, Tevis McLeod, to find the thief, stop the killings, restore the gold to its rightful owner – while keeping themselves from becoming victims to murder and the curse of a Leprechaun’s gold.

Harry Anderson stared at the object on the countertop. Frowned. Lifted the frown to the kid on the other side of the counter. “You're prankin' me, right? Freakin' puttin' me on! A bag? You want me to give you money for a freakin' bag?”

“Not ... money.” The kid stared into Harry's face. He looked eighteen, might've been in his twenties. Early twenties. Probably been smoking, shooting, snorting since he was ten or eleven.

Harry stared back. In the old days, he would've been suspicious as hell, some kid coming into his place wanting goods. It was the kind of thing that had sting written all over it.

But this was now, and Harry had paid a Practitioner plenty to set wardings all over the place to go off – silently, something only Harry could hear – when a cop entered. Even a cop gone undercover. This kid wasn't a cop. And …

Still ... never hurt to be cautious. “I run a pawn shop, kid. Money's all I got, unless you're lookin' to trade for somethin' else I got around here.” The sweep of his hand included the jewelry and watches in his cases, old guitars hanging from the walls, bicycles, lawn mowers ... junk. “And that bag ain't gonna get you anything.”

“I got friends who say you have stuff you reserve for ... uh ...” the kid leaned forward, lowered his voice, “special customers.”

“Friends,” Harry echoed. Oh hell, this was getting good! What'd the kid want? Weed? Crack? Cherry? Maybe cherry – yeah. Some of that new stuff finding its way from the other side of the Portals.

“They say you sell Dust,” the kid whispered.

“Dust.” Harry blinked at him. “Pixie Dust? You ever used that stuff?”

The kid shook his head. “But my friends say it's awesome!”

The pawn shop owner grinned. “Yeah, right.” He gave the bag another look: nine, ten inches long, a little wider than his hand, made of some kind of velvety-looking material – dark blue. Tied with a silvery-blue cord. Pretty thing – yeah; he'd go with that.

“I'll show you.” The kid snatched the bag off the counter, shoved his hand inside.

And kept shoving: into the bag past his wrist ... his elbow ... up his arm nearly to his skinny shoulder.

He extracted his hand, dropped the bag on the counter. Dropped another object on the counter beside it: a coin. About the size of a nickel. Harry blinked at the kid, picked up the coin. It didn't look like any coin he'd ever seen – somebody's face on one side, odd markings on both sides. The metal the coin was made of ... Harry gave it the bite test.

Some part of him had already known it would be. He gave the kid another look – hard, eyes narrow. He held the coin between thumb and forefinger. “Where the hell did you get this?”

The kid flicked a hand at the bag. “See for yourself.”

“Stick my hand in there.” Harry stared at him.

The kid made a face, and stuck his own hand in again. When the hand emerged, it overflowed with coins. Gold coins. Just like the one he'd pulled out the first time.

The world did a sideways slip under Harry's feet. Old memories stirring ... He pushed them down. Picked up the bag, shook it. Nothing. Turned it upside down. Nothing. How the hell ... He glowered at the kid; if this was some kind of trick ... This was January, either way too hell early or way too late for Halloween, and Harry took a dim view of pranksters. He thrust his hand into the bag.

He couldn't feel the bottom. Nothing. Empty space. He jerked his hand out again.

First time? How many times had the kid dipped into this thing? Harry didn't ask. He took a breath and shoved his hand in again ... to the wrist ... the elbow ... up his arm. The bag just kept going.

His fingers touched something. Something hard. Cold. Small, round objects … Coins. Had to be … Lots of coins. Dozens ... maybe hundreds. He could feel them under his fingertips, a pile of coins. He thrust his hand as far into the pile as he could go – and felt still more coins underneath.

His hand came out full, dripping coins onto the counter top, a few escaping into the bag, but Harry didn't mind. He knew how to find them. He stared at the gold in his hand, the coins that'd spilled onto the counter. Gold coins. Just like the ones he'd already seen. Freakin' gold coins like some kind of pirate's treasure – all high-grade stuff, if Harry knew anything at all about his business. Which he did. 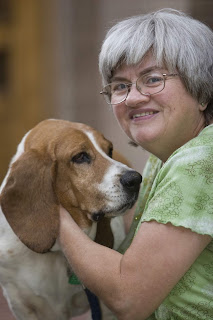 A native of Tyler, Texas, Pat Blair – writing as P.L. Blair – has lived in Sheridan, WY, since 1986. She has a degree in journalism, and has worked first for newspapers and, most recently, Sheridan Media, an organization of 10 radio stations and a website, since 1970. But her goal was always to write books. Her first book in her Portals series, Shadow Path, was published in 2008. When not writing books, she continues to cover news events for Sheridan Media. She shares her home in Sheridan with two dogs and a cat – all rescues. 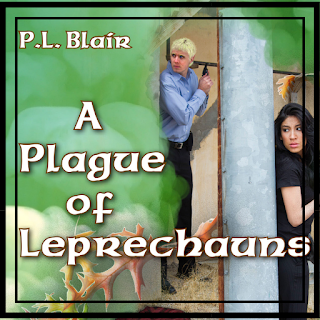