Watcher Academy League of Watchers - Book 1 by S. K. Gregory -- A Watcher is supposed to keep evil at bay, but what happens when it walks among them? 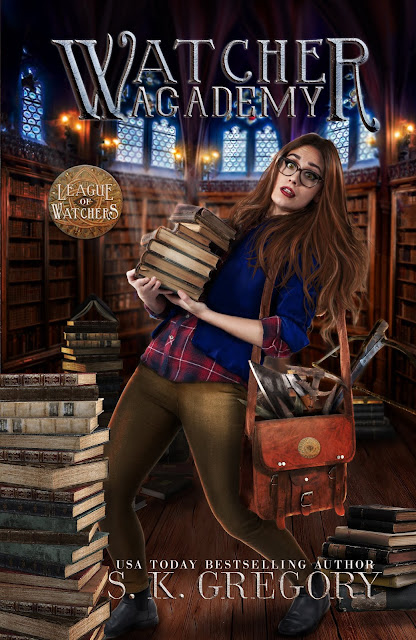 A Watcher is supposed to keep evil at bay, but what happens when it walks among them?

Adeline 'Dell' Grimm has been in training to join the Watcher Academy her whole life. A legacy, her grandfather, Edward was one of the Academy's most respected members and Dell is determined to follow in his footsteps.

An impulsive decision could destroy her new life...

Left alone one night, Dell cannot resist a quick look at the recent delivery of artefacts. Artefacts which the Watchers are duty bound to keep hidden away from the world, for they possess supernatural magic, magic that could prove deadly in the wrong hands. Which doesn't bode well for Dell when she accidentally drops one of them.

A Watcher is supposed to keep evil at bay, but what happens when it walks among them?

Soon Dell finds herself missing time and when a fellow Watcher is found murdered, she wonders if she is somehow responsible.

Turning to her fellow Watchers, Spencer and Max, Dell must figure out the truth before someone else dies.

“You can do this, Dell. Your whole life has been leading up to this moment. Don’t blow it,” I muttered to myself.

Squaring my shoulders, I took a deep breath, plastered on a smile and opened the door to the prestigious Watcher Academy.

Stepping over the threshold, I heard a snap and I stumbled. Catching myself on the wall, I looked down to find that the heel on my boot was broken.

I groaned in frustration. Why did this crap always happen to me? I considered returning to my room on campus to fix it, but then I would be late for my induction.

Maybe someone has glue or tape that I can use to fix it.

Walking on the ball of my foot, I made my way down the short hallway to a second door. This one needed a key card to open it.

Knocking loudly, I waited, trying to keep my balance. Nothing was going to ruin this experience for me. I just wished that Grandpa lived long enough to see this.

There was a beeping noise and the door opened. A man with dark hair stuck his head out. “Adeline Grimm?”

He pushed the door open wider and stepped back. “Follow me.”

I resisted the urge to squeal. This was it.

Limping after the man, I followed him into the Watcher Academy.

We entered a huge round room, filled with other Watchers bustling about. A huge oak table sat in the middle of the room, behind which stood a stone fireplace. To my left, lay an alcove leading to an office. Above me, were the stacks. I turned slowly on the spot, taking in row after row of books.

Breathing deeply, I inhaled the scent of the musty tomes. It was exactly as Grandpa described.

“Yes, sorry.” I tore my gaze from the room and turned to face her.

“Chelsea Dean. I run things around here. This is Antoine,” she said, motioning to the man who showed me in. I was shocked at how young she was. Barely older than me. Blonde, with blue eyes, she stood several inches taller than me. She wore a black blazer over a white blouse and carried a clipboard.

“Nice to meet you,” I said. “I’m so happy to be here, I’ve wanted to see the inside of this place since I was a child.”

I realized I was babbling and quickly closed my mouth. Chelsea made a note on her clipboard, while Antoine hovered nearby. Everyone looked so professional looking and here I was, holding my boot heel.

“I need to check some details,” Chelsea said. “Adeline Jane Grimm, twenty-four. Granddaughter of Edward Grimm. He was one of the best. Hope you don’t ruin his legacy.”

My cheeks burned. Grandpa spent over forty years as a Watcher, I would never tarnish his reputation.

“You studied history and anthropology in college, then a year gaining practical experience. Which means we’re missing a year.”

“I took a gap year early on. I went with Grandpa, uh, Edward, to South America on a dig.”

Chelsea made a noncommittal noise and continued scribbling away on the clipboard, while I stood awkwardly, trying not to fall over. She seemed determined to do this standing.

“And you live on the college campus?” Chelsea asked.

“Yeah, there was actually some kind of mix up and I got stuck with a student roommate,” I said. The Watcher Academy was located on the ** college campus. No one outside the Watchers knew what went on in here. As far as they were concerned, this was some kind of historical society.

“Follow me and we’ll start your induction,” Chelsea said.

“Um, would you have…” I trailed off when I realized she wasn’t listening, she had already crossed the room and opened a door. I hurried after her.

The door led to a small office where a video monitor was set up. Chelsea motioned for me to sit in the only chair in the room. Grabbing a remote control, she switched on the monitor.

Confused, I focused on the screen. After a few seconds, a man appeared on the screen, standing in a lavish office. I recognized him instantly as Charles Landry. One of the highest-ranking members of the League of Watchers.

“Welcome to the Watcher Academy. Today you begin a journey to become a fully fledged Watcher.”

Oh my God, it’s a training video like they give employees.

I resisted the urge to laugh that they would have something so normal.

“The League of Watchers was formed in 1869 to protect the world from the supernatural and ensure magical objects do not end up in the hands of civilians.”

Grandpa always spoke of the Watchers with such reverence. He was in charge of artefact retrieval, a job I wanted more than anything.

“Watchers dedicate their lives to keeping the world safe. You may even face the ultimate sacrifice in the line of duty. Know that it will be a great honor and you will be remembered for your bravery.”

Translation – as a Watcher, there’s a good chance you will die on the job. I knew the risks, I also know that I was taught by the best.

The video ended and Chelsea returned. “Any questions?”

“No,” I said. “Oh actually…” I held up my heel but she had already left the room.

I ran after her.

“There are currently twelve Watchers situated here, along with our support team. You can learn their names in your own time, but I will introduce you to the two main people you will be working with.”

She led me to a desk under the stacks, covered in wires and computer equipment. A man with light brown hair sat behind it. He was around my age, wearing a red t-shirt with some band logo on it. Definitely not a Watcher or he would be dressed like the others.

“This is Spencer, tech support and research.”

Spencer stood up to shake my hand. “Nice to meet you. If you need anything, just let me know.”

“Thanks.” He was cute. Not that I was here to meet a guy. I would never let anything interfere with my training. Besides, I doubt Chelsea would take too kindly to any of us dating each other.

Spencer noticed the heel in my hand. “I have some tape, it that’s any use?”

As he handed me the tape, Chelsea was on the move again. She approached a man standing in the alcove by the office. He was slightly older, maybe early thirties, with dark hair. He wore a pale blue shirt over black slacks.

“Adeline, this is Max Burrows. He is our resident expert on ancient cultures and curses.”

He gave me a nod. “Has the latest shipment arrived yet?” he asked Chelsea.

“It should be here within the hour.”

He turned and went back into his office.

“There are forms for you to fill out, then we can work out where to assign you,” Chelsea said, carrying on. I guessed his behavior was normal.

Chelsea pursed her lips. “Miss Grimm, as a trainee Watcher, you do not get to choose your assignment. You go where we put you.”

“Of course,” I said, forcing a smile.

Chelsea took a step toward me and lowered her voice.

“Look, you may come from good stock, but you need to earn your place here, just like everyone else.”

“I understand,” I said, feeling my face heat up.

“Good, because if you screw up, I won’t hesitate to kick your ass out of here and I will see to it personally that you never get within ten feet of the Watcher Academy again.” 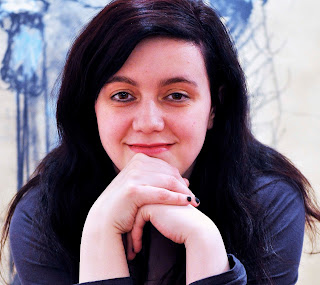 S. K. Gregory is the author of several urban fantasy, paranormal romance and young adult novels. She runs a blog that supports indie authors by offering book reviews and promotions.

She is an editor and proofreader with JEA Press. 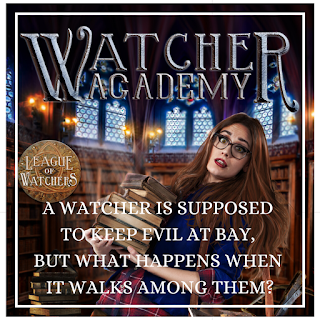