Showing posts from April, 2018
Show all

Day Reaper Night Blood Book Four Melody Johnson Genre: Paranormal Romance Publisher: Kensington/ Lyrical Press Date of Publication: April, 2018 Number of pages: 414 Word Count: 116, 525 A dangerous choice for the chance to live. On the brink of death, Cassidy DiRocco demands that New York City’s master of the supernatural, Dominic Lysander, transform her—reporter, Night Blood, sister, human—into the very creature she’s feared and fought against for months: a vampire. The pain is brutal, she'll risk the career she’s worked so hard to achieve, and her world will never be the same. But surviving is worth any risk, especially when it means gaining the strength to fight against Jillian Allister, the sister who betrayed Dominic, attacked Cassidy, and is leading a vampire uprising that will destroy all of New York City. . . When she awakens, however, Cassidy realizes the cost of being transformed might be more than she was willing to sacrifice. The overwhelming senses, the foreign
Post a Comment
Read more

The Trouble with Unicorns D.T. Dyllin (Team Unicorn Talia, #1) Publication date: April 30th 2018 Genres: Adult, Comedy, Paranormal, Romance Part-time demon tracker, full-time optimist … Talia White does what comes naturally to a unicorn: Balances the scales between light and dark with hefty doses of love and joy. Faced with a string of high profile demon possessions, Talia is determined to do her job, despite the fact that she finds herself strapped with a brooding dragon warrior as her new guardian. That’s the trouble with unicorns … they’ll accomplish their goal one way or another, even if they have to get a little stabby to do it. Goodreads / Amazon / Barnes & Noble / iBooks / Kobo About the Author D.T. Dyllin is a bestselling author who writes paranormal, sci-fi, and contemporary romance. Basically, anything with a love story is her kryptonite. Her obsession with affairs-of-the-heart is what first drove her to begin twisting her own tal
Post a Comment
Read more

Do you love to read the latest reviews? 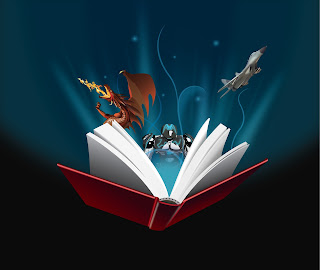 Hey Readers Do you like reading reviews or leaving them for others? Then check out Lay Day Library Reviews on Facebook. There is a reading challenge, and a monthly contest for those that post a link to their reviews. Join the group and start leaving those reviews here .
Post a Comment
Read more

New Release: Only the Beginning by Daphne Duboise **Excerpt-Giveaway**

Only the Beginning Daphne Dubois Publication date: April 25th 2018 Genres: Adult, Contemporary, Romance After a heartbreaking betrayal, Melissa Legacy shuns romance. So when her best friend joins the Lovers Oasis website and fears her fiancé will find out, Melissa agrees to meet the anonymous Romeo, prepared to explain her friend’s change of heart—then she sees him. Failing restaurant entrepreneur, Craig Wheaton hasn’t been home since his mother’s tragic death. Now he’s back to confront his demons and stand beside his brother as best man. Dreading the reunion, he agrees to meet his avatar lover, but at the last moment he reconsiders the arrangement—until he lays eyes on her. When Craig assumes Melissa is his online consort, she impulsively plays along, resulting in an afternoon of unexpected intimacy. But with Melissa using her friend’s identity and Craig dealing with a family fallout, is a future together impossible, or will they discover that love at first sight is O
Post a Comment
Read more

Just Things Diary of a Serial Killer Book 1 by Erin Lee Genre: Thriller Sometimes, the cravings just take over. Jimmie Putnam is an ordinary man by any measure. By day, he works as a law clerk. At night, when he can't fight the cravings, he becomes a collector. He takes great care of his human Things; buying them cherry lipstick and reading to them from his journal. When they've been on their best behavior, he even takes them out of his freezers... Sometimes, the need is just too deep. Florel Ross has been mostly invisible since the death of her twin, who died twenty years ago at the hands of a serial killer. Obsessed with justice, Florel is willing to risk anything for the answers she craves: What goes on in the mind of a serial killer? When the two yearnings collide, will it be justice or just Things? Goodreads * Amazon Jimmie's Ice Cream Diary of a Serial Killer Book 2 Six months is a long time in the life of a serial killer with active cravings.
Post a Comment
Read more

Waking the Ancients: Nemesis of the Gods **Excerpt-Giveaway**

Waking the Ancients Nemesis of the Gods #2 by Catherine Cavendish Genre: Horror Egypt, 1908 University student Lizzie Charters accompanies her mentor, Dr. Emeryk Quintillus, on the archeological dig to uncover Cleopatra’s tomb. Her presence is required for a ceremony conducted by the renowned professor to resurrect Cleopatra’s spirit—inside Lizzie’s body. Quintillus’s success is short-lived, as the Queen of the Nile dies soon after inhabiting her host, leaving Lizzie’s soul adrift . . . Vienna, 2018 Paula Bancroft’s husband just leased Villa Dürnstein, an estate once owned by Dr. Quintillus. Within the mansion are several paintings and numerous volumes dedicated to Cleopatra. But the archeologist’s interest in the Egyptian empress deviated from scholarly into supernatural, infusing the very foundations of his home with his dark fanaticism. And as inexplicable manifestations rattle Paula’s senses, threatening her very sanity, she uncovers the link between the villa, Quintillus
Post a Comment
Read more

I Can Kill by Angela Kay Genre: Crime Mystery, Thriller I Can Kill, and You Can't Catch Me... These were the last words The Carnations Killer said to FBI Special Agent Aidan O'Reilly ten years ago before he went into hiding. He has tortured and murdered fifty women since then and managed to elude capture. Now, he's returned once again, and his new hunting ground is Augusta, GA. O'Reilly teams up with Shaun Henderson, the special agent in charge of the Augusta Resident Agency, to bring this ruthless killer to justice once and for all. But as each second ticks by, tensions rise and O'Reilly finds himself in a race against time before the killer slips away again. Testimonial featured on the back of the book: “A gripping new thriller by Angela Kay that pits FBI Special Agent Aidan O’Reilly against the Carnations Killer, a serial killer who enjoys playing Cat and Mouse with this formidable agent.” -- Dana Ridenour, retired FBI Agent and award winning author of
Post a Comment
Read more

Bitten by Alan Moore Genre: Thriller, Mystery, Suspense, Crime  In the not-too-distant future, Italy is in disarray. It has voted to leave the EU in an attempt to regain control of its laws, finances and commerce. Even so, the country's economy is shrinking and its national debt rising. There is a marked escalation, too, in unemployment, bank loans and immigration. Production and service companies are in difficulty. The only thriving business areas are the black market and organised crime. There is discontent and protest on all sides. In Florence, the local Mafia boss, more accustomed to gunrunning and trading in plutonium, is involved in organising a silent auction for the sale of one of the world's most valuable lost paintings - a sixteenth-century masterpiece, which was appropriated in World War II by Stalin's Trophy Brigade. A British art expert is set to buy the picture on behalf of his client, a South American billionaire - yet surprisingly two Italian under
1 comment
Read more

Hatchet Hollow Amanda McKinney (Black Rose Mystery Series, #2) Publication date: April 24th 2018 Genres: Adult, Mystery, Thriller After an afternoon of mind-numbingly boring surveillance in the woods, Private Investigator Raven Cane goes for a twilight jog to clear her head, only to discover a gruesome murder in the town’s most notorious cave, Hatchet Hollow. Minutes later, the impossibly handsome Lieutenant Zander Stone arrives at the scene to take over, but Raven has a hard time letting the case go. Why did the killer cut off the victim’s fingers? More importantly, who would do such a thing? After a failed attempt at tracking down the elusive Marden Balik, aka, the legendary witch of the Great Shadow Mountains, Zander dives headfirst into Devil’s Den’s most recent murder, only to uncover twists and turns at every step—including a secret book of curses that may, or may not, exist. As the list of suspects grows, Zander does his best to keep Raven at arm’s length. But Raven is pe
2 comments
Read more
More posts