At twenty-three and with a notorious case under his belt, Emory Rome has already garnered fame as a talented special agent for the Tennessee Bureau of Investigation. His career is leapfrogging over his colleagues, but the jumping stops when he’s assigned a case he fought to avoid – to investigate an eerie murder in the Smoky Mountain hometown he had abandoned. This mysterious case of a dead teen ice-skater once destined for the pros is just the beginning. In a small town bursting with envious friends and foes, Rome’s own secrets lie just below the surface. The rush to find the murderer before he strikes again pits Rome against artful private investigator, Jeff Woodard. The PI is handsome and smart, seducing Rome and forcing him to confront childhood demons, but Woodard has secrets of his own. He might just be the killer Rome is seeking.

Mystery and science fiction author Mikel J. Wilson received widespread critical praise for his debut novel, Sedona: The Lost Vortex, a science fiction book based on the Northern Arizona town’s legends of energy vortexes and dimensional travel. Wilson now draws on his Southern roots for the Mourning Dove Mysteries, a series of novels featuring bizarre murders in the Smoky Mountains region of Tennessee.

Murder on the Lake of Fire, the first novel in the Mourning Dove Mysteries series, will be available December 1, 2017. 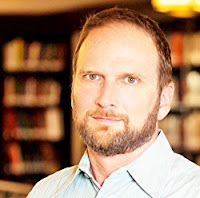 I was born and raised in Tennessee, but I took a Greyhound bus to California when I was 19 and never left. After several years in Los Angeles, I moved San Diego. I love sci-fi and mysteries, but I’ll read anything with interesting characters. I’m definitely a nerd but an adventurous one. I was licensed skydiver for a few years, and my dream vacation would be to visit Antarctica.

Murder on the Lake of Fire is Book 1 of the Mourning Dove Mysteries. The novel series features Emory Rome’s investigations into bizarre murders in the Smoky Mountains region of Tennessee. At twenty-three and with a notorious case under his belt, Emory Rome has already garnered fame as a talented special agent for the Tennessee Bureau of Investigation when he’s assigned a case in the Smoky Mountain hometown he had abandoned. The mysterious death of a teen ice-skater once destined for the pros is soon followed by an apparent case of spontaneous human combustion. In a small town bursting with friends and foes, Rome’s own secrets lie just beneath the surface. The rush to find the murderer before he strikes again pits him against artful private investigator Jeff Woodard. The PI is handsome, smart and seductive, and he just might be the killer Rome is seeking.

Absolutely. Paperback, hard cover and ebook versions are available now, and the audio book will be available by the end of the month.

Have you published any others?

My first published book was a science fiction novel, Sedona: The Lost Vortex, but the first book I ever wrote was a precursor to this series. Emory Rome from Murder on the Lake of Fire was also the protagonist of that unpublished book, which was an adventure story of a fifteen-year-old boy fighting for his life in the Smoky Mountains. Three years ago, I began wondering what he would be doing as an adult, and that was the impetus for writing this mystery series. Although I never published that first book, I use it as backstory for my Mourning Dove Mysteries series.

I’ve written since high school – poems at first and then screenplays and teleplays. I segued into books about 10 years ago.

What inspires your stories?

Most of my stories are sparked by a single “What if?” question or a vision of something haunting, and inspiration usually strikes when I’m doing something innocuous like working out or taking a shower. (I can’t tell you how many times I’ve jumped out of the shower to write something down.) I was at the gym when I had this vision of a girl spinning on skates within a circle of fire. I built the story for Murder on the Lake of Fire around that vision and used it as the book’s opening scene. I always keep a little notebook and pen with me so I can write down any bit of inspiration, and I keep a voice recorder in my car for dictation.

Great idea!
Is theme an important concept in your stories?

Definitely. One of the ongoing themes in this series concerns identity. Who defines you? Is it you, is it the people around you or is it the society in which you live?

In high school. I loved writing theme papers, and I would often write them for my friends.

Great characters in a cool plot. Before I start writing a book, I spend time getting to know my main characters, figuring out what motivates them, what differentiates them from others and what bonds them to others. I need to know how that character would react in any situation and how they would interact with others. Only then, do I develop the plot, and I try to make that plot as unique and unexpected as possible while serving the greater story.

What can we expect to see from you in the future, any books on the backburner?

The second book in the Mourning Dove Mysteries series is done and will be released in summer 2018. I’m currently writing the third book.

I have at least eight books planned for this series, and a Moriarty-type villain will emerge and recur in at least two of them. I’m going to write the final book after the one I’m working on now (Mourning Dove Mysteries, Book #3) and have it filed away for when I’m ready to end the series.

Thank you for being with us today, and good luck with your new book.