After the unexpected events at the end of Shadow People, Heather, Hayden, and their friends are trying to move forward with their lives. While trying to hunt down the new vessel of the Darkness, and trying to avoid a very complicated relationship, Heather thinks she can keep everything under control.

Until she's taken by a demon named Ziminiar.

As Hayden, Kadin, Philip, and Kristen try to find their friend, Heather unravels many truths about the world she lives in, the core of her being, and the true origins of the Monster Hunters.

In the third installment of The Forbidden Darkness Chronicles, secrets will be exposed, relationships will be tested, and the ultimate betrayal will leave fans breathless.

Because in a world where demons exist, nothing is ever as it seems. 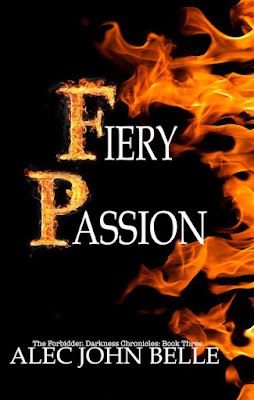 My boyfriend stepped into the room, and the first thing I caught notice of was his black tuxedo. He was typically dressed in casual attire, with jeans a t-shirt, so seeing him all dressed up was a bit of a surprise. His short dark hair was even slicked back with some type of gel and his green eyes met mine.
“You look beautiful,” he said, staring at the dress. “Kristen made a good choice.”
I snorted. “You only like it because it shows off my boobs.”
He shrugged. “Nothing wrong with that.”
Although we officially started dating, there was still a bit of awkwardness between us. I hoped that eventually it’d go away, but for now, I blushed at his comment. “There’s everything wrong with that.”
Ignoring my statement, he said, “Are you all ready to go?”
“As ready as I’ll ever be,” I said. “I just don’t know how much more of this I can handle.” Philip reached out and grabbed my hand. “Don’t worry. Whatever happens, we’ll get through it together.”

The sun disappeared as clouds rolled through the sky, creating an overwhelming darkness that I could find no words to explain. Lightning flashed in the sky, reminding me of Kadin.
I let out a scream when men started falling from the sky—big men, wearing suits of armor and wings outstretched for all to see. When they landed, the ground shook beneath them.
They were Angels.
The townsmen pulled their arrows back, shooting at the Angels, but within seconds, the they pulled out their weapons—giant swords that gleamed in the dark. I watched in horror as one of the Angels swung their weapon, beheading a man in seconds. More Angels fell from the sky, chasing after the women.
“What the hell are you doing?” I wasn’t entirely sure why I shouted, but I couldn’t watch the attacks happen trying to do something to stop it.
Right after I said it, one of the Angels looked at me—smiling a mischievous smile—and said, “You have a lot to learn, little Neph.” Although I couldn’t make out his features, that smile couldn’t be forgotten. 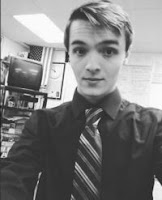 Alec John Belle resides in Carson City, NV, where he is currently attending high school for his senior year. At the age of 16 he wrote his first novel, Before I Break. His hobbies include reading, writing, and obsessing over Pretty Little Liars. He writes about tough topics that many are too afraid to talk about like suicide, homosexuality, self harm, bullying, mental illness, among other teenage issues, and he often blends these ideas with the paranormal. Despite writing such topics, he is a very cheerful person who enjoys looking for the best in life, while trying to help others do the same.

The Long Road Home (contemporary YA novel and currently free) 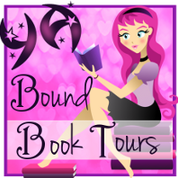