From Bewitching Book Tours - An Interview with Lani Sarem; Author of Handbook for Mortals

A young woman goes to Las Vegas to join a magic show only to learn that falling in love is more dangerous than magic.

Zade travels to Las Vegas and uses supernatural powers to become part of a premiere magic show led by the infamous magician Charles Spellman. Zade fits right in with his troupe of artists and misfits. After all, when everyone is slightly eccentric, appearing ''normal'' is much less important.

Behind the scenes of this multimillion-dollar production, Zade finds herself caught in a love triangle with Mac, the show's good-looking but rough-around-the-edges technical director and Jackson, the tall, dark, handsome and charming bandleader.
Zade's secrets and the struggle to choose between Mac or Jackson creates reckless tension during the grand finale of the show. Using Chaos magick, which is known for being unpredictable, she tests her abilities as a spellcaster farther than she's ever tried and finds herselfat death's door. Her fate is left in the hands of a mortal who does not believe in a world of real magick, a fortuneteller who knew one day Zade would put herself in danger and a dagger with mystical powers...

Following Zade through the trials--and romance--of finding her own place in the world, readers will identify with their own struggles to fit in, reflected in the fantastic, yet mundane world of Zade's life. 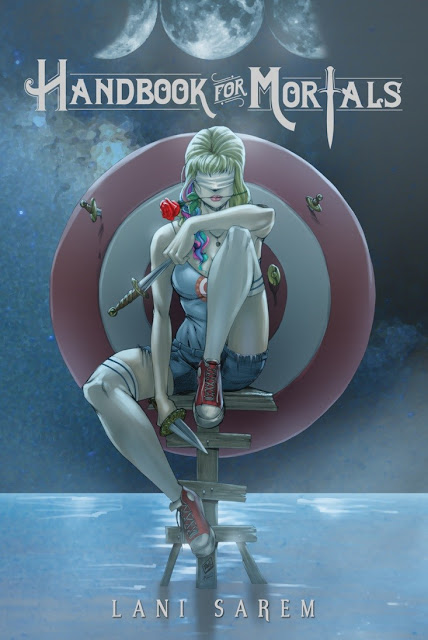 A Few Minutes with Lani Sarem

Tell us a little bit about why you write in your chosen genre, and if you have books in other genres as well.
I just came up with an idea that I thought was interesting. I didn’t pick the genre I just followed an idea that was fun.

New books are so exciting. Can we expect anything new from you soon?
Well this is the newest thing. Ill be working on the next one in the series soon.

Do you have stories planned or that you’ve been working on for the future?
I have tons of ideas but I’m focused on this one right now.

Some stories have strong themes. How important are themes in your writing? Is your theme based on the story, or are your stories birthed from a theme/or themes?
I mean I think all stories have themes because we all have reasons we want to tell stories. Some themes are probably better than others . I don’t think I’ve started any story to  have a theme but they all end up with one anyway.

What other stories have you written?
I started writing movie scripts when I was 11. This is my first book though.

I love to bounce around websites because I’ve found I can learn so much about an Author there. Do you have a website, or other place where you showcase your work?
Yes. www.handbookseries.com

So many Authors are artists by nature. Do you have any other artwork, or hobbies you do on a consistent basis?
Yes I act and I’m working on producing my first film. I also produce music

What were your passions growing up?
Acting and making movies

Thank you for joining me today. I’m looking forward to seeing the books you’ll be showcasing in the future.

Add it on Goodreads 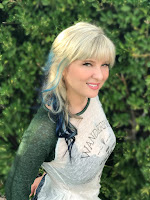 Lani Sarem always wanted to work in the entertainment industry. She began acting at age 3 and continued to act and perform through her early years. Lani started writing scripts when she was 11 and over the years has done everything from writing, acting, band managing and helping start and work festivals. She's managed bands like the Plain White T's and Blues Traveler and toured with everyone from Ryan Adams to Gnarls Barkley. Lani has appeared in films like Mall Cop 2 and Jason Bourne. Make sure to catch her in her latest film Trailer Park Shark on the Syfy channel this July as Roxy.