Zade travels to Las Vegas and uses supernatural powers to become part of a premiere magic show led by the infamous magician Charles Spellman. Zade fits right in with his troupe of artists and misfits. After all, when everyone is slightly eccentric, appearing ”normal” is much less important.

Behind the scenes of this multimillion-dollar production, Zade finds herself caught in a love triangle with Mac, the show’s good-looking but rough-around-the-edges technical director and Jackson, the tall, dark, handsome and charming bandleader.

Zade’s secrets and the struggle to choose between Mac or Jackson creates reckless tension during the grand finale of the show. Using Chaos magick, which is known for being unpredictable, she tests her abilities as a spellcaster farther than she’s ever tried and finds herself at death’s door. Her fate is left in the hands of a mortal who does not believe in a world of real magick, a fortuneteller who knew one day Zade would put herself in danger and a dagger with mystical powers… 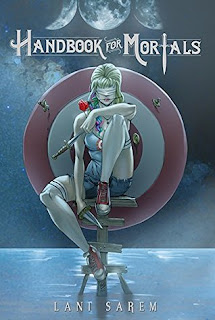 Following Zade through the trials–and romance–of finding her own place in the world, readers will identify with their own struggles to fit in, reflected in the fantastic, yet mundane world of Zade’s life. 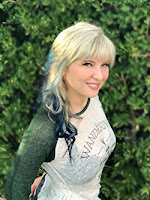 Lani Sarem basically grew up in the entertainment industry. She began acting at age three and continued to act and perform through her early years. Lani began writing scripts when she was eleven. Over the years she has become a jack-of-all-trades in the entertainment business. She became a rock n’ rolly gypsy at fifteen and started touring with bands and working on festivals. She’s toured with everyone from Ryan Adams to Gnarls Barkley. She also became one of the youngest female managers in the business and managed bands like the Plain White T's, 100 Monkeys and Blues Traveler. Lani has appeared in films like Mall Cop 2, Jason Bourne, and Trailer Park Shark. Handbook for Mortals is a debut novel of a series of books, which are also being made into feature films. You can follow Lani on her social networks to keep up with her many adventures and look out for her at a Wizard World Comic Con near you. 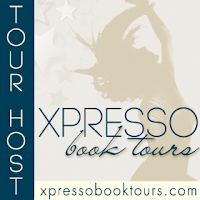