Seven Days With You - By Author Hugo Driscoll

Seven Days With You
By Author Hugo Driscoll 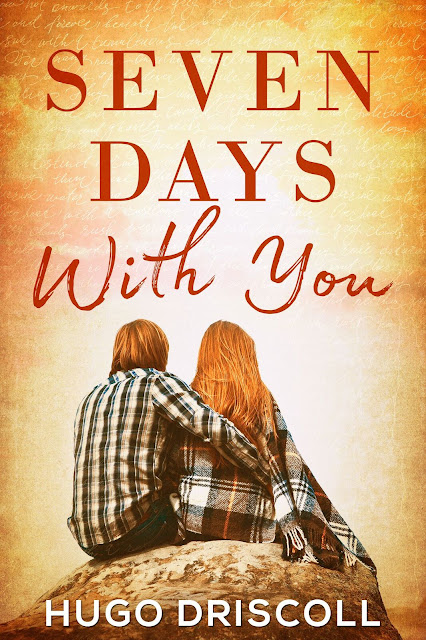 A Few Minutes with Hugo Driscoll

Tell us about your writing career. How long have you been writing?

I first started writing seriously when I was 21. I submitted a few articles to the college newspaper and as they kept getting accepted I pushed on and tried hard to forge a career in journalism. Somehow, I managed to blag my way into the newsrooms of papers like The Guardian before I turned my hand to fiction.

How did you choose your genre?

The YA/drama/romance genre came naturally to me. I’d long been interested in romantic relationships and how they do and don’t develop, so writing about them felt natural. I also enjoy the -genres immensely but I think authors like John Green, John Fante, and to a lesser extent, Charles Bukowski, whose prose deals with the doom and gloom of relationships so well, inspired me to write them myself.

Tell us a little about the books you’ve published. Series, or stand-alone?

Seven Days with You is my only title so far! So it’s a stand-alone, and as I don’t intend on writing a sequel my next work will be quite different, though admittedly, it will still have the same premise of two people falling in love.

Who are your favorite authors, and what is it that draws you to them?

Ernest Hemmingway and Charles Bukowski. I admire writers who make short, straightforward sentences compelling. It's a gift, and it's certainly something I've found tricky, but they’re masters at it.

Are you working on a story now?

I have recently completed the second draft of a new novel. Like SDWY, it's a love story, but is set in contemporary London and involves a lot of nihilism which was worryingly cathartic to write!

Any stories sitting on the back-burner?

I have a couple up my sleeve which is always good as I worry I'll run out of ideas. They both have outlines, and I've even written the first chapter for one of them which was enjoyable so no writers' block just yet!

Her face was nearer than it had ever been. Her skin felt smooth and warm. All I could do was lean further into her, losing myself in the moment. And then there were her piercing blue eyes-even more extraordinary up close. Before I knew it, I’d brought my hands to her chest as our parting lips collided. We kissed for hours, inhabiting each other with such force as our bodies rolled across the cooled grass. She was the change I had been searching for. It was the first time I realized; I could be anywhere in the world, but nowhere without her.

I hadn’t been anywhere, but my mind had been everywhere. That’s how I felt that summer. Or more precisely, that’s how Sophia had made me feel by the time summer neared its conclusion. The months of July and August had followed identical patterns to June in that we rarely spent a day apart. We rode with Violet across the Suffolk countryside, sometimes for miles on end, often stopping by at local pubs. Then it would be Saturday. That was the best day of all for there was no work on Sunday, which meant dancing with Tom and Jessica until our bodies could no longer stand. We drank, we laughed, and most nights after, we made love as we tip-toed up the stairs of my father’s house. I was obsessed with everything about her. Yes, Sophia Hillingdon, the girl I’d known for barely a few months was the girl I now wanted to spend the rest of my life with. And though we often drove each other crazy, we soon laughed and made up as if nothing happened. It often puzzled me as to why Sophia found our fights so amusing seconds after we were hot from the exertion of spouting obscenities at each other. Red-faced, she’d often say, “You drive me mad Sean. But, you know something? That’s just how I like it.”
“Why?” I’d ask.
“Us,” she would say. “I love how angry you make me because…. Well, I’m obsessed with you… even our arguments sound oddly beautiful.”

Good question! I’ve long thought that Jack O’Connell and Emma Watson would make the perfect Sean and Sophia. Admittedly, O’Connell has a bit of a tough side to him, whereas Sean is quite shy and sweet-natured but I think Jack could certainly play that role, and Emma is pretty much a living embodiment of Sophia in the sense that she’s a high-achiever with this awe-inspiring self-belief.

I listen to a range of music but at the moment my Spotify playlists pretty much consist of The Weeknd, Kygo, Frank Ocean, Kings of Leon, Marvin Gaye, Adele, The Rolling Stones.
Although Taylor Swift will always be my guilty pleasure… 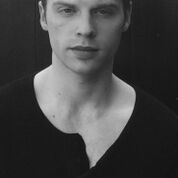