Christine would never have considered herself new recruit material for a secret U.S. agency. Until recently, she's just been an ordinary girl graduating from high school and wondering if a friendship with Gabriel, a mysterious coworker, would grow into something romantic. When Christine's fascination with Gabriel leads to her discovery of dreamworlds, she learns that she's anything but ordinary. In this thrilling conclusion to Dream Girl, Christine and Gabriel must choose their allegiances and face corruption, conspiracy, and the complexities of love in order to save themselves and everyone who matters to them - or die trying. 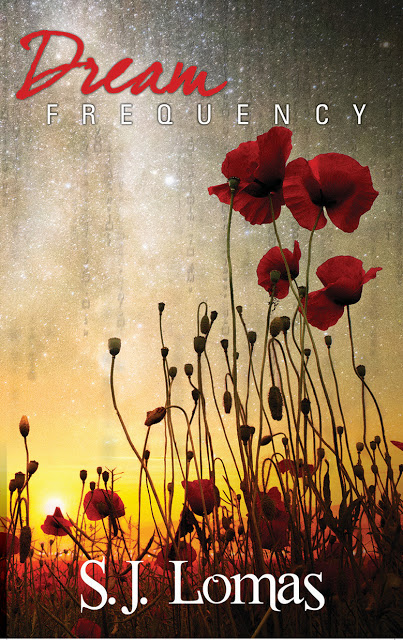 A Moment with the Author

Inspiration for the duology

A number of things influenced how these books came to be. First, I had a very vivid and bizarre dream one night. It woke me up and I grabbed a notebook off my nightstand and scribbled some notes about it. I knew it would be great for a story someday but I didn’t know how to do it at the time. The dream stayed in the back of my mind for a couple years until I read A Crack in the Line by Michael Lawrence. As soon as I put the book down, I realized that the dream I had would work as a young adult novel, which wasn’t a genre I’d considered writing before that moment. Once I realized that, ideas started coming fast and furious. The characters of Christine and Gabriel crystallized in my mind and I feverishly got writing! However, the timing was awful. I wrote as much as I could but that inspiring ephiphany about how to write the book came a mere two weeks before my wedding. Clearly, I had plenty of other things to deal with at that time so the story got put on the back burner again. Life kept happening, but I still found time to read more than to write. I also read a book called The Prophecy of Days by Christie Raedeke. It was the first book of duology. Once I got back to writing Dream Girl, I realized there was too much to the story to fit into one book. I didn’t want to do a trilogy or a larger multi-book series but I thought a duology, like Raedeke’s would work perfectly. So, between the dream, Michael Lawrence’s book and Christie Raedeke’s duology, I figured out what my story needed to be.

I spread my arms as I start to enter the veil. For a few moments, it’s all white wisps around me but time seems to slow down once I’m out. My arms and legs are floating out around me and I’m just suspended in cold, silent space.

Another memory pops into my mind. This time, I remember the first time I kissed Christine. We were in the woods after dark. The blackness of night was so complete that it felt just like this. Just two souls reaching for each other in the void.

Zemma appears at my side, “What are you-” she starts, but falls silent. Her eyes reflect the glowing lights of the stars. Her mouth hangs open in wonder.

The stars aren’t a million light-years away from us now, they’re slowly moving around us like a gigantic, gentle snowfall. They make sounds too, like the shimmering vibrations a cymbal makes after you crash it.

We hang in the air, rotating leisurely like we’re planets, silently breathing in the view. The muscles throughout my body go slack as I lean back and let the nothingness support me.

Finally, I reach out my arm and let one finger trail across the bare skin of Zemma’s forearm. Goosebumps rise along the path like stardust following behind a comet.

She turns her face and her star-filled eyes to me.

“Gabriel,” she breathes, “this is the most incredible thing you’ve ever made.”

Maybe it’s the memory of Christine. Maybe it’s hovering in the quiet of space. Whatever it is, I reach out both hands to Zemma and take hers. Since we’re floating, it only takes a little tug to set her into motion toward me. I can’t tear my gaze from her warm brown eyes. She doesn’t stop herself until she bumps against my chest. Her body is pressed against mine. Her face, inches away.

The coolness of space is warming up pretty quickly.

Even though I hadn’t been in this dreamworld since last summer, I knew the street as if I’d lived on it my whole life. Like an invisible cord led me right to the house I wanted to visit.

Thunder rumbled low in the distance and a chilling wind blew right into my face. In the past, it would’ve scared me, but now it just made getting to the house more urgent.

Dark clouds tumbled over themselves to cover the moon and sky. The temperature was dropping quickly but it didn’t bother me. I had to get to the house.

The cool air took on a presence of its own. Each step I took was met with resistance, like the air itself didn’t want me to make it to the house. I needed to go faster.

Breaking into a run, I pushed through the cold, heavy air, like breaking through a wall of plastic wrap. Only for every step, I had to push through again. The memory of the woman in the threadbare robe holding up her baby hung in my mind. I had to get to that house and find her. She was there. I don’t know how I knew, but I did.

Once the house was in my sights, the sky opened up as I’d never experienced before. People say it rained buckets but this was more like the sky had morphed into a waterfall. It crashed down over my head, instantly soaking me through. A steady stream of icy rain kept falling over me and the air thickened as though I were running through a wall of cotton balls. Each step took the strength of running a marathon. The wet, freezing air didn’t provide for very satisfying breaths. Each inhale stung my nose and shocked my throat. I quickly became a panting, waterlogged mess.

But the obstacles weren’t frightening. I’d gotten through some training lessons with Britton and I already had an idea of how things could be manipulated here. The nastier it got, the more determined I was to get there. The drive to reach that house was my only impulse. It might be uncomfortable, but it wouldn’t get the best of me. I had to find that woman so I could help Gabriel. Nothing mattered beyond that. 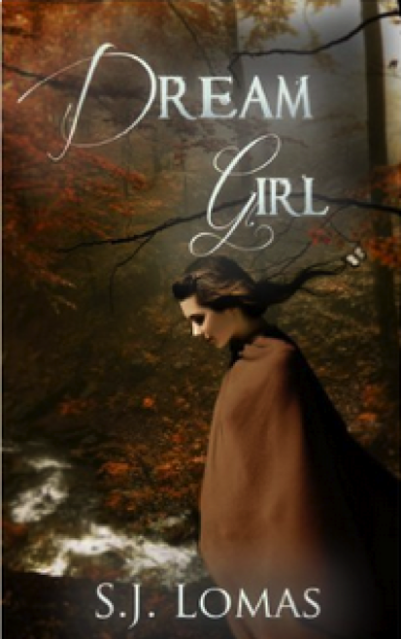 For Christine, dreams have never meant much. Until she meets Gabriel. Everyone thinks Christine should stay away from her new coworker at the library—thanks to his bad reputation—but when her dreams grow more vivid and she becomes entangled in a dangerous dream world with Gabriel every night, she can’t stay away. Soon it’s clear there is far more to dreams than Christine ever imagined, and now she’s on the path to making the biggest, and strangest, decision of her life. 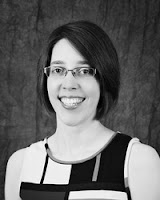 S.J. is a cheerful Michigan girl who writes strange and somewhat dark stories for young adults and those who love to read YA literature.