Spending a Few Minutes with Ember, the Protagonist of The Exiled Otherkin, by D. Lieber - Also Read Chapter One 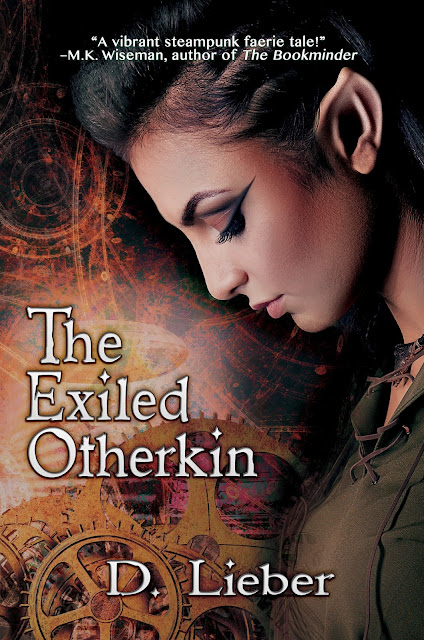 Today, we’re interviewing Ember, the protagonist of The Exiled Otherkin, a steampunk adventure fantasy romance, by D. Lieber. How are you Ember?

I’m all right. I was just exiled from Faerie into the human realm. It seems I haven’t been here in a few centuries, and everything has changed. On the other hand, I was able to find a job on an airship, so at least I can feed myself.

A few centuries? Why were you here before?

I was born here. My mother was human. I probably would’ve lived here my entire life, but she was murdered and my father took me to Faerie.

I'm so sorry to hear that. How are you adjusting to life in the human realm?

Charlie (a Fae refugee who also works on the airship) is helping me out, I guess. I don’t really care one way or the other as long as Helena doesn’t find me. If Reilley would just stop pestering me, I’d be fine.

So, you’ve made some friends?

I wouldn’t call them friends. I can’t afford those kinds of attachments.

…Is there anything you like about the human realm?

The technological progress humans have made over the centuries is amazing. But, I’m just glad to not have to see Helena and Liam every day.

Do you miss anything about Faerie?

Just my younger brother, Pika. He took Papa’s death really hard, and I was worried about leaving him alone with his mother. But, it’s not like I had a choice when she stripped me of my magic and exiled me.

That's terrible! You mentioned Helena and Liam. Who are they?

Helena is my step mother, the queen of Faerie. Liam is…someone who betrayed me.

It sounds like you’ve had a pretty rough life so far. Is there anything you’d like to say to your author?

Yeah, I have a few choice words for her. Listen up you sadist, you’ve put me through hell. And based off what’s happened to me so far, I can imagine it’s only going to get worse. That’s fine. Whatever. Do what you’ve got to do. I can handle anything you throw at me. I’ve heard about the noir you’re working on now, and those never end well. If you don’t give me a satisfactory ending, I swear by all of the gods that I will find you and make you pay.

Oh dear, I think that’s all the time we have for today. Thank you for talking with us Ember. I hope everything works out the way you hope.

(squints at the ceiling) It better. 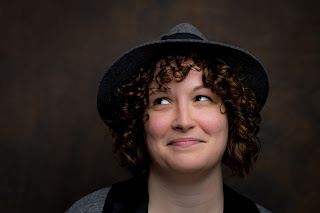 D. writes stories she wants to read. Her love of the worlds of fiction led her to earn a Bachelor’s in English from Wright State University.
When she isn’t reading or writing, she’s probably hiking, crafting, watching anime, Korean television, Bollywood, or old movies. She may also be getting her geek on while planning her next steampunk cosplay with friends.
She lives in Wisconsin with her husband (John), retired guide dog (Samwise), and cat (Yin).