Interview with Brantwijn Serrah - Into: Author of Into Nostra: They have opened the door to the apex predator, and now it's hunting them down. 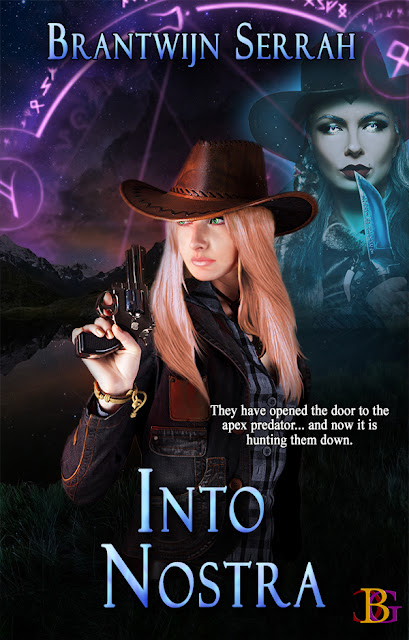 They have opened the door to the apex predator, and now it is hunting them down.

Deals with the devil always have their price. Problem is, the devil collects with interest.

Serenity Walker thought she had the upper hand when it came to her partnership with a demon. D’aej is dangerous, but he was always on her side. Then an old friend lifts the scales from her eyes, and Serenity sees her contract for what it truly is: imprisonment, bloodshed, evil. All done by her own hands.

Now Serenity must pay for her ignorance and work harder than ever to fight a demon who can use her body, fool her senses, even twist every thought in her head. Only one sorceress has the power to teach Serenity what she really needs to know…a sorceress possessed by a fiend even bigger and badder than any Serenity has seen before.

Welcome to JB’s Bookworms with Brandy Mulder
Tell us about your newest book.
Into Nostra is the sequel to my fantasy supernatural adventure, The Pact, and if I'm being honest I think this is where the adventure really starts to take off. Book 1 introduced us to Serenity Walker, a headstrong and talented weaver of runes, whose self-indulgent world view is quite abruptly shattered when she discovers her supernatural partner, D'aej, is not the creature she believed him to be. Or maybe he's exactly that creature, and she's the one who's been deceiving herself as to his nature. In Book 2, she desperately seeks a way to be separated from D'aej forever and rebuild the life she might have had without his influence. To do so, she must travel to a country forever shrouded in night, to a city alive with black magic and arcane arts, embroiled in an ancient war older than anyone remembers. She must face a new enemy, bigger and badder than D'aej, and more dangerous than any demon Serenity's taken on before.


Writing isn’t easy. What was the most difficult thing you dealt with when writing your newest book?
Into Nostra, in fact the whole series of The Pact, is unique in a way that, I'm incorporating not just my own characters but characters inspired by very good friends. There are lots of new faces in this book I based very closely on family members, loved ones, and buddies who 'rolled up' personalities for a lot of our various college role-playing groups. Weaving them into the book is a way I like to honor them, and in honoring them, I want to know I've created someone true to them. For instance, the character of Bowen is directly based on my oldest brother, and every time I write a scene with Bowen, it's my brother's face I see and his personality I want to evoke. None of that was done without permission, by the way. But it could be quite difficult sometimes, to be sure the characters were who they were, and not convenient story props. Difficult, but ultimately incredibly rewarding.


Tell us a little bit about your writing career.


They say Hind-sight is 20/20. If you could give advice to the writer you were the first time you sat down to write, what would it be?

All technical stuff. All the really great things I've learned from working with strong and brutally honest editors, and reading the reviews (both good and bad) about my books. Writing is a skill that is constantly evolving in us. I think every author should come away from a project with new insights and epiphanies about their art. I'd tell myself never to be afraid of criticism, but instead take every comment on the work with consideration. Learn from them and put them to work on the next project. Never stop growing, and never make the mistake that you as a writer are above critique.


What was your most difficult scene to write?

I honestly find action sequences fairly difficult. It's like choreographing a dance and you have to maintain a balance and a wide view of the action. It's daunting sometimes to try and keep in mind everything that's going on. There's a scene toward the end of Into Nostra where the heroes are attacked by a swarm of supernatural creatures. As much as I really like the scene, it was probably the most difficult, in terms of trying to keep everything straight and describe a compelling battle.


Are themes a big part of your stories, or not so much?

I think themes are always coming together in my stories, sometimes without my even realizing it. All stories, when they are sufficiently dynamic and complex, seem to pick up an underpinning of theme and motif. It's like putting on a stage performance: you need more than the actors and the script, though in the beginning that may be all you have. As time goes on and opening night looms closer, the production needs sets, props, sound and lighting, in order to really draw in and capture the audience. It makes the production whole. Stories may start with a basic plot, characters, and your Beginning-Middle-End structure, but by the time release date rolls up, those elements should ideally be fleshed out to a full production. Themes are part of that.


What are you working on now?
The big project on my writing block is Winter Hearts, the third book in my Blood and Fire series. It's been a long-running project and almost three years in the making, so I'm really focused on bringing it to fruition.

Not yet, as the manuscript is still in the first phase of composition.


Who is your favorite character from your own stories, and why?
That's such a difficult question to answer! I suppose the first character that comes to mind is Rhiannon, the vampire lead from my Blood and Fire series. She runs the gamut from hero to villain and back, but I think underneath it all she's got a hero's heart. She's like my Xena.

As a child, I think Follow My Leader was probably the first and most memorable title to make an impression on me. It's a child's novel about a boy blinded in an accident, and his experiences learning to adapt and re-adjust his life to cope with his unexpected disability. Later on, books like Goosebumps and Animorphs and The Cheysuli Chronicles probably formed a larger part of my writing development as well as enjoyment, but Follow My Leader is the first book I can remember connecting to, and reading over and over again.

I always have new books on the horizon. Right now the plan is to finish Winter Hearts, then begin Book 3 in my urban fantasy series Chronicles of the Four Courts. Then the third book of The Pact. And so on...


Good luck with your newest release, and thank you for being with us today.

Keep scrolling for an excerpt for Into Nostra

A woman flickered into existence. As if stepping out of some eternal veil, she appeared without warning and made straight for Serenity in quick, purposeful strides. The wide, swooping brim of a black cowboy hat hid her eyes; long silver hair streamed out behind her like a pale, gossamer banner. The lithe curves of a predator couldn’t be hidden underneath her black corset and boiled leather leggings—sleek animal fur lined the tops of her boots, tribal moccasins dyed with deep ink and painted with runic markings along the seams.

Serenity managed to identify the symbols as the marks of a killer, but she had no time to move. All along this fighter’s arms danced a swirling dark energy, a kind of magic Serenity had never seen before: the shadowy swarm of a hundred darkling faces, crackling and howling like flames. Her mind flashed in panic back to the fehu tapestry in Eclipse, guarding the weaver’s blackest arts, and just as the woman raised both fists over her head to bring them crashing down on Serenity, D’aej seized control and ducked the body out of the way.

Don’t stare at her like a cow on the train tracks, he shouted across their bond, his anger echoing off the walls of her skull. Get moving! 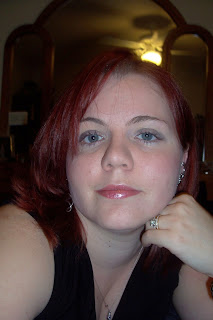 
When she isn't visiting the worlds of immortals, demons, dragons and goblins, Brantwijn fills her time with artistic endeavors: sketching, painting, customizing My Little Ponies and playing with graphic design. She can't handle coffee unless there's enough cream and sugar to make it a milkshake, but try and sweeten her tea and she will never forgive you. She moonlights as a futon for four lazy cats, loves tabletop role-play games, and can spend hours on end sketching characters and scenes in her secret notebooks. 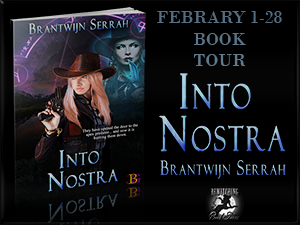