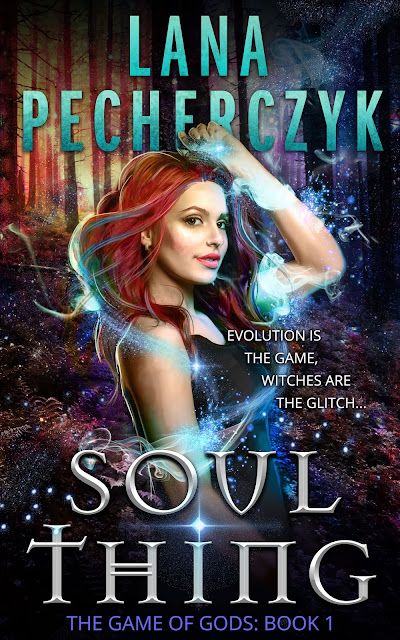 
Evolution is the Game, Witches are the Glitch


After a decade long war, witches have been obliterated, or so the world thinks. A precarious peace settles and, for the small town of Margaret River, life returns to normal, but for Roo, the hard work is just beginning.

Roo works at the local bar, is a little facetious and can’t wait to high-tail it out of there to keep her powers secret. She’s not certain where they came from but the last thing she wants is to be burned at the stake. Hiding in plain sight seems to work until Cash, a darkly handsome hunter, arrives with disaster in his wake. Witches aren’t defeated, only hidden, and there’s one gunning for Roo and her family. The recent war only touched the surface of the preternatural world and with Cash’s help, Roo learns there are worse things that go bump in the night... and she might be one of them.

Soon she must make a choice—risk exposure to save her loved ones, or remain hidden and safe. But sometimes safe isn’t an option. Sometimes safe is a never-ending game.


Sooner or later I had to stop feeling guilty about killing my mother. I had no memory of it, and I was a baby when it happened. As if I could control it. It was time I started thinking of myself.

Float like a butterfly, sting like a bee, I thought as I curled my fingers into fists and punched the air. Now or never. I rounded the corner to the kitchen and planted my feet squarely in front of Aunt Lucy. “I’m moving out,” I blurted.

Aunt Lucy turned, eyes blinking. She wore colorless clothing to match her gray hair, and never used makeup. The only inspiring thing about her appearance was her glass bauble necklace. She pulled her arms out of the sudsy sink and tapped her gloved fingers on the porcelain bowl. The action sent baubles clinking and a tiny waft of lavender perfume floating my way. Deliberately, slowly, she removed her second skin, one finger at a time and then dabbed her hands with a tea towel. Despite her careful charade, thoughts collided behind her steely gaze.

“Don’t be ridiculous,” she said through gritted teeth.

I took a step back and darted a glance at my sister, Leila, as she sat at the grand table reading the newspaper. The ghost of a smile danced across her delicate features but she covered it with a sip of coffee, then turned the page, pointing to an article in an evasive gesture. “Oh, look at this one,” she said.

Ignoring her, I held up my key. “I’m not being ridiculous. Kitty’s leasing her apartment and I can move as soon as my probation is over. I’m half packed.”

Leila spat coffee everywhere and then grimaced at her accident. She slammed her mug down. “Now, look what you’ve made me do. I wish I had a normal sister.”

I snatched a towel from the rack and mopped up her mess. “Yeah, well I wish my sister didn’t hate my guts for something I can’t control—”

“Uh, uh. We’re not going there.” Aunt Lucy cut me off, raised a finger, and then turned her back on me to help Leila dry her precious clippings. “What did you find today, sweet-heart?”

My jaw dropped. I’d given her monumental news, and she’d turned her back on me.

“Look at this one.” Leila tapped an article. “The Church is recalling their latest safeguard against witch possession. Apparently, there was a faulty part in the device or something. It would be nice for them to get one invention right, don’t you think? And this one, see?” She held up another clipping. “The DNA test used to identify maleficent victims isn’t accurate because there haven’t been enough cases of possession over the last four years to benchmark—you know, since the Purge.”

“Tsk, tsk, such a shame.” Aunt Lucy rubbed Leila’s shoulder affectionately. “Never mind, sweet, it could be a good thing. Only a few possessions in four years isn’t bad. But just in case, we’ll continue to go to church like they told us. It’s worked so far, right? We’ve never seen a witch in town.”

I scowled at them. A woman moving out of home was not to be taken lightly. Witches attacked females—it had something to do with our higher estrogen levels—but like Leila said, since they’d burned half the female population in the Purge, there were few cases of possession. The world had relaxed and being a woman wasn’t so bad anymore.

I waved the key in the air. “Um hello? Did you hear what I said? I’m moving out.”

“You stubborn girl.” Aunt Lucy shook her head at me. “You’ll be labeled a whore, just like your friend. I should never let you have that job at that devil’s playground. It’s caused nothing but problems.” She pulled off her headband and threw it on the counter, releasing her gray hair from its captivity.

Did she just call Kitty a whore? Hang on—did she called me a whore?

“After all, I’ve done for you,” she continued. “I housed you when your father abandoned you, I put up with your criminal ways, I even let you get a job when there’s so much to do here at the vineyard. You’re going to throw it all in my face and leave a week before the food festival.” The tenacity of her words caused a coughing fit, she wheezed and spluttered into a quickly grasped tissue. The sour stench of smoker’s breath hit me moments before her pungent lavender perfume. I flinched and tried not to screw up my face. The bad-girl smoker habit was such a contrast to her drab, gray attire. Seriously, brush your teeth.

With shaky hands, she reached for a glass of water and took a sip. Aunt Lucy ran her boutique vineyard estate with an iron fist, but quit smoking? Impossible. She downed the water in gulps and held up a finger indicating the conversation wasn’t over. When she finished, she busied herself with drying the dishes. The muscles in her shoulders and neck grew rigid as she mulled over her next words. Finally, she picked up a spoon, and waved it at me. “That sin-bin you work at is just a lawsuit waiting to happen.” She opened the cutlery drawer and slammed the spoon in place. “I can’t believe it was allowed to open in the first place.”

In an effort not to roll my eyes, I stared at the sparkling black and white checked floor. There she goes again, spouting her devil nonsense.

“The Cauldron,” I said, “is not a ‘sin-bin’ or a ‘devil’s playground.’ It’s a legitimate establishment where people can enjoy a drink or a meal, and learn about the history of witches.”

Leila laughed. “You can’t be serious, Roo. It’s a mockery; they poke fun at the myth, not teach the reality.” Her last words came through a clenched jaw and she shuddered.

It was true. The Cauldron was a clichéd, witch-themed bar. It resembled something from Halloween, and served cocktails like ‘The Holy Grail’ and ‘Brew to Forget.’ Taxidermy crows peered down at you as you ate, but it was harmless fun. And I felt at home there.

I shrugged. “If it makes people feel safe and confident they have one up on witches, who cares? I get paid, and all I have to do is serve drinks and look pretty with this thing hanging around my neck.” I flicked my slick UV-liquid filled probation collar. It made me special. “I’m accepted for who I am. Besides, it’s coming off in a few weeks and I’ll be free to do what I want. Everyone with opinions can bite me.” 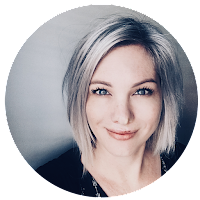 Lana Pecherczyk is a freckle-faced writer from Perth, Western Australia. She’s a fan of 'pro-caffeinating' and writes in Urban Fantasy and Paranormal Romance. Basically if it’s got sexy heroes, thrilling action and a kick-ass heroine, you know she’ll write it because she loves reading it.

When she’s not writing the next great novel, or wrangling the rug rats, or rescuing GI Joe from the jaws of her Kelpie, she fights evil by moonlight, wins love by daylight and never runs from a real fight.

You can find her books on Amazon and other good online retailers. 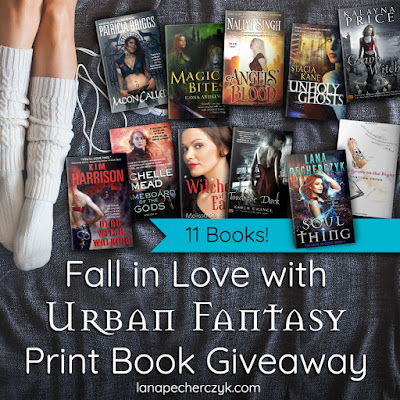 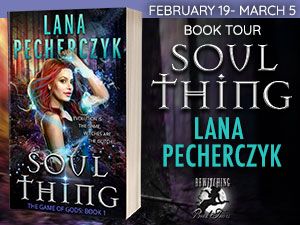