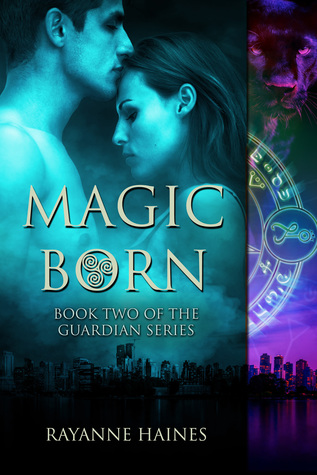 Though Mar absolutely knows she doesn’t want Neeren, King of the Parthen. She alone sees the darkness in him and it reminds her too much of the past. She knows better than to fall for his stoic, tortured soul façade.

She’s training to be a Guardian, a shadow; tasked with keeping the balance between good and evil in the world. It’s what she wants—to be better than her family was.

But the past has a way of catching up to Mar and the future has a morbid sense of humor. On her first mission, she’s kidnapped by the enemy she’s been running from her entire life. Thankfully the guardians look after their own. As it turns out, so does Neeren.

As Mar finds herself caught between the past and the future; between blood and bond; between the light and the dark, she realizes her only chance at surviving may be in trusting a man who is the most dangerous of them all.


“You ladies have rum in this realm?” Mar asked.

Sofia grinned. “Rum is for sissy's. Moonshine is the elixir of champions around here.” She pulled a small clay bottle from the pocket of her linen dress and discretely poured a splash in Mar's tea before putting a finger to her mouth.

The stuff smelled like dirty socks. Mar grimaced but kept her mouth shut. She made herself comfortable in the large burgundy lounge chair and prepared to spend the afternoon studying. For the first time since being ripped away from Neeren, excitement flickered in her chest.

Half an hour and the cup of toxic tea later, one of the witches screeched. Shocked out of her studying, Mar bolted upright. Her feet landed in water and she squealed at the contact. Around her the witches panicked. Xiomara and Sofia yelled at the others to pick everything up off the floor. They grabbed books and bottles, threw pillows on top of tables, and papers on top of pillows. Water slowly covered the floor, reaching their ankles. Water filled the space, rising to knee length. The liquid shifted, consolidating into a deeper pool in the middle of the room.

Xiomara called for the women to help her cast a protection spell.

Mar watched awestruck as the water covered everything in its path. Watching her ancestors scramble filled her with an odd sense of delight.

The book in her hand began to quiver as though looking for attention. Words appeared below the text already on the page. Crouched on the edge of the chair and keeping an eye on the pool forming in the center of the room, Mar read the words forming on the paper. A glow started in her belly, weaved up to her chest, and settled around her heart.

The pool in the center of the room formed into a chest high cylindrical shape. It pulsed as more water poured in from nowhere. The witches joined hands, creating a protection circle around it.

As though they could stop this.

The book on Mar’s lap rattled. She placed bare feet on the floor and coughed to draw her ancestor’s attention.

Mar’s voice resonated with power as she read the words on the page out loud. “He who fights shadow shall be rewarded with light. We open the door to he who offers himself to death. For death in the service of love, we bid him entrance to the realm.”

Pale light surrounded the water. Pulsed. Mar repeated the spell again and again. Until the pale light shimmered purple. Until her ancestors dropped their hands.

Fingers, blistered and raw, pushed through the water. Heat spread over Mars chest.

A hand followed the fingers. Then his forearm speckled with dark hair. His foot slapped against the floor. Mar’s mouth watered as a defined calf appeared. Then an upper leg thick with muscles built from years of training.

Mar's heart quickened. He'd come for her again. How had she ever thought he was a player? She walked to the edge of the swirling pool. The last bits of water on the floor tickling her toes. Her ancestors scattered as she approached. Actually, they'd scattered before then, as soon as her words filled the room, resonating with the voice of the goddess. They backed away till spines met wall.

As Neeren’s head and chest pushed out of the water she met him. The look in his eyes when he saw her almost brought her to her knees. A savage growl carried across the room as he stepped from the water and enveloped her in his hot arms.

As soon as their skin touched the water fell to the floor and disappeared. He kissed her head. Her forehead. Her eyes. Squeezed her so fiercely she thought she might break. She'd never felt so safe in her life. She loved him so hard it physically hurt. She kissed his chest. Rubbed her cheek on the arms wrapped around her. The quiet storm churning in her gut calmed. For a moment, they stood like statues. An island in the middle of chaos.

His hot breath against her ear whipped up a storm of another kind in her belly. She pushed her body against his while wrapping her arms around his neck.

Staring into her eyes, he asked, “Do you wish me to destroy them for you now, Maria?”

The hopeful tone in his voice caused a genuine smile to curl her lips. Her ancestors sputtered angrily behind her, but none approached. The goddess had given her the tool to help Neeren come through. None of them would fight his right to be there. 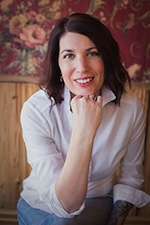 
Rayanne Haines grew up on a small horse ranch in Alberta. She spent most of her youth re-enacting scenes from Anne of Green Gables to attentive audiences that included pygmy goats and roan stallions. The horses were thrilled. Her father could never figure out why it took her three hours to clean the barn.
Her mother is an avid reader and instilled a love of literature in her at a young age. She has always been fascinated with learning people’s stories.
She has a fondness for mountains and rivers and all the creatures that live within them.
She believes in magic and the search for great love. She loves to write about strong women who will accept nothing less.