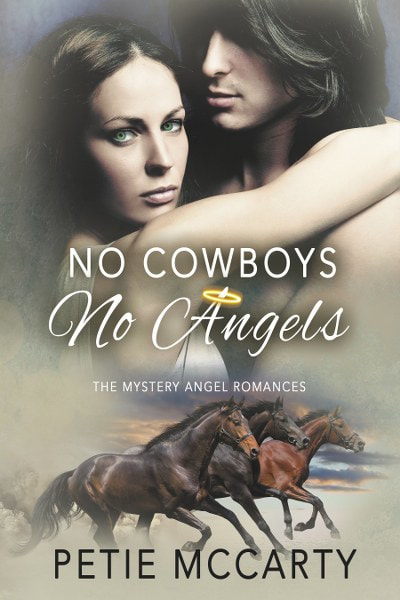 Kellen Brand's inheritance turns out to be a whopper—one dilapidated farm in West Virginia and one guardian angel!

Since Kellen is convinced no sane woman would choose to live in Riverside, she vows to sell her farm and quick. Her handsome neighbor Luke Kenyon must block the farm sale or risk exposure of his family's secrets. While Kellen has located one potential buyer, she faces a town full of objectors. Someone is trying to frighten her off, and Luke is forced to step in and rescue her more than once.

Unfortunately, Kellen can't seem to stay out of trouble. She stumbles onto a clandestine hazardous-waste-dumping operation next to her farm, and she prays Luke has one more rescue up his sleeve. It's her only hope of staying alive.

Unless her mother really did leave her a guardian angel . .


Without warning, a gunshot sounded, and the bullet ricocheted off a tree about twenty feet away. The Appaloosa jerked hard at the gunshot and then reared. The reins ripped from Kellen’s grasp. She grabbed the saddle horn with both hands and concentrated only on staying in the saddle. The frightened Appaloosa reared a second time, then bolted for open ground. Kellen could do little more than hang on for dear life.

Two leaping strides and Lily had surged to a full-on gallop, streaking for the open grassy hills. Thundering hooves sounded behind them, and Luke shouted for Kellen to stop. She was helpless, too scared to even glance back at him for fear her grip would loosen. The reins trailed beneath the Appaloosa’s pounding hooves as the mare continued her panicked race to nowhere. If the mare’s hooves got tangled in the dragging reins, they would both go down.

A fallen tree appeared directly in the mare’s path, and Kellen let loose a scream as the sure-footed horse gamely cleared the tree trunk like a thoroughbred jumper. Kellen slipped to the right side of the saddle when the Appaloosa landed, and they galloped on across the open field. One leg still straddled the saddle and her other leg dangled precariously between the matched pairs of pounding hooves. She heaved her leg up tight as she could to the mare’s belly and prayed it didn’t get tangled with Lily’s legs, but her muscles weakened with every stride and bounce she sustained. And still the Appaloosa galloped, sheer adrenaline keeping the mare out in front of the mighty Windsor.

Bred for endurance, the mare focused on putting as much distance between her and the gunshot as possible. The powerful hooves pounded across the open pasture. Kellen’s arms and legs ached, and she didn’t know how much longer she could maintain her balance. If she slipped off the mare, she would be trampled to death the second she hit the ground.

As that thought flashed through her brain, Lily hit a gully and waggled her stride enough to send Kellen further off-kilter. Her knuckles turned white from the pressure of her death grip on the saddle horn, and her legs had nothing left to give. She prayed that if she slipped further, she could muster hidden strength to push off and roll away from the thundering hooves.

The mare aimed for a small copse of trees perched on the side of a hill, and a fresh wave of terror slammed through Kellen. Low hanging limbs would tear her from the horse. Suddenly, Luke appeared alongside. His long arm snaked around her waist and yanked her off the panicked Appaloosa. He slowed Windsor with each stride until he could slow the stallion to a stop and gently lower Kellen to the ground. Her legs gave way the second her feet touched solid ground, and she crumpled to the grass in a heap.

Before she could take a full breath, two strong arms lifted her up, and Luke crushed her tight to his chest. She could feel his heart pounding out its rhythm, as Windsor’s hooves had moments before. A single sob erupted when she tried to draw a breath, and she clung to him with what little strength she had left. Her muscles quivered, and she didn’t care. For once in her life, she didn’t want to be tough. She just wanted this big, strong man to hold on tight.

Long moments passed. Her legs grew steady. Luke eased back, and a cold wave of disappointment rushed over her. He took her face in his hands and gently brushed his lips against hers, as though asking permission. Whether it was her close call with death or the way Luke had looked when he said her mother was wonderful—Kellen didn’t know and didn’t care—she gave up trying to resist this man and threw her arms around his neck, pressed her lips to his. His muscles flexed hard and pressed her tight against him. His fingers threaded into her curls and then closed into a fist to hold tight.

She grew lightheaded, and yet he kissed her as though he would never stop. His mouth tasted and searched hers, first gently and then passionately and then gently yet again, keeping her off-balance. This sometime-frightening, sometime-charismatic man seduced desires from deep within her soul where she kept them under lock and key. She knew she should pull away, but she couldn’t. Wouldn’t. She felt his muscles flex beneath her hands, and fresh waves of giddying hunger rifled up her spine. 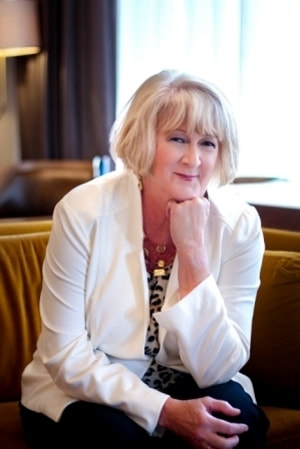 Petie spent a large part of her career working at Walt Disney World -- "The Most Magical Place on Earth" -- where she enjoyed working in the land of fairy tales by day and creating her own romantic fairy tales by night, including her new series, The Cinderella Romances. She eventually said good-bye to her "day" job to write her stories full-time. These days Petie spends her time writing sequels to her regency time travel series, Lords in Time, and her cozy-mystery-with-a-dash-of-romantic-suspense series, the Mystery Angel Romances.

Petie shares her home on the Cumberland Plateau in Tennessee with her horticulturist husband, a spoiled-rotten English Springer spaniel addicted to pimento-stuffed green olives, and a noisy Nanday conure named Sassy who made a cameo appearance in Angel to the Rescue.