THE SPYGLASS and THE CHERRY TREE by Matt Beighton -- Some people fall down rabbit holes. Others hide inside magical wardrobes. Skye Thistle looked through an old spyglass. ***Excerpts***

The Spyglass and the Cherry Tree
by Matt Beighton 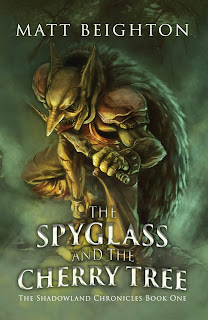 Some people fall down rabbit holes. Others hide inside magical wardrobes. Skye Thistle looked through an old spyglass.

Lost and alone on a world filled with Goblins, Orcs, Dragons and others that, until now, she was convinced existed only in fairy tales, Skye wants only one thing: to return home.

If she’s to have any chance of getting home safely, Skye must overcome her own fears and prejudices and embrace the prophecies that she fears have already sealed her fate on the distant world of Ithilmir. All that stands in the way of restoring peace and balance is a fearsome and worryingly familiar Dark Queen.

Goblins are very real, and whether Skye believes in them or not, she's their only hope.

Readers around the world are enjoying the complex mythology and descriptive world building of The Spyglass and the Cherry Tree, the first adventure in the Shadowlands Chronicles.

Signed copy special: £1 off at Etsy with the code SPY100 until end of November


Skye broke into a rhythmic cry. “Fight! Fight! Fight!” she repeated over and over to herself, remembering all the times that it had been chanted on the school field. She doubted it had ever been chanted before a battle, though.

As the first wave of Nelapsi broke over the pile of rubble in front of her, Skye noticed the strange way that they ran. They couldn’t fly, but they leapt and bounded as though gravity had less of a hold on them. The covered ten paces for each of Skye’s and were soon on top of the group.

Skye felt time move slowly until every movement felt as though she was moving through treacle. She caught sight of the first creature as it leapt from the top of the pile and saw into its dark, bloodshot eyes as it fixed its gaze on her face. Somewhere deep inside her, Skye saw her future. It was, above all else, short. Her arm took control and rose in slow motion towards the demon in front of her.

With a strong swing of her arm, she parted the head from the neck, and the Nelapsi fell to the ground twitching as its dark blue blood flowed down the cracks in the pavement. Skye watched it flow like a river following the contours of the well-worn slabs. Her arms screamed at her as they recoiled from the force of cutting through bone and sinew. She felt herself throwing up, horrified at what she had done.

She didn’t have time to dwell on it, though. As quickly as it had slowed, time came rushing back. Skye redoubled her grip on her sword and looked for her next victim. A mist clouded her mind as she remembered all of the times that she had been too cowardly to fight back against Keith Boggart, of all the hanging loogies and knuckle rubs that she had ever endured, and she channelled all of that anger into her arm.

With a swift punch, she drove the handle of her sword into the head of an oncoming Nelapsi, crushing its skull. With flick after flick of her wrist, she sent heads and limbs flying as hordes of creatures fell upon her screaming their curses. Many of those screaming defiance as they attacked her managed to slice into Skye’s skin with their claws, but the adrenaline coursing through her veins stopped any pain from registering.

Underneath her feet, the ground became slippery with the blood and limbs of the fallen, and she had to fight with each step to keep her feet. The smell was unholy. Every breath reeked of death, and Skye took to breathing only through her mouth, but even then she could taste the decay.

Her heart raced in her chest. She knew that one false move would be fatal. Though most of the Nelapsi had no weapons, their claws and teeth were sharper and filthier than any weapon Skye could care to imagine. Already some of the wounds on her forearm were starting to burn and itch.

Suddenly, as she thrust forward skewering one of the creatures on her sword, her left leg slipped and she dropped to her knee.

Issuing a scream from hell, one of the demons leapt from behind a pile of his fallen comrades and aimed straight for Skye’s face. She felt her eye throb as its bony ribcage smashed into her and knocked her back to the ground. Her head swam as it cracked against the hard cobbles, and she felt sick with fear. Reacting instinctively, Skye ducked and twisted, and grabbed the loose skin that hung from its emaciated back. She pulled hard and dragged it away from her own face, its sharp claws digging into her cheeks as it fought to hold on. Eventually, it came free and she threw it as hard as she could over her head, wincing as it flung out a claw in one last-ditch attempt to grab hold but succeeding only in grazing her neck with its claws. As the creature came to a rest next to her, she stood quickly and stamped down on its head feeling it pop like an insect.

Skye’s face throbbed with pain and she could feel it start to swell into what would be a dark black eye. Her arms ran with blood from the many scratches but reassuringly, none of them looked to be too deep.

Despite the odds, Skye could see that they were winning. Bloodied bodies lay around them, but they were all Nelapsi. None of her friends seemed to even have a scratch.

As she looked around, Skye momentarily took her eye off the enemy and with a thud, felt herself knocked over and flattened to the ground with a group of Nelapsi on top of her. They were incredibly light, and she was able to claw them away from her face. As quickly as she flung them away, more landed on top of her. She felt their piercing claws ripping at her clothes and into her skin, but still she fought them off. 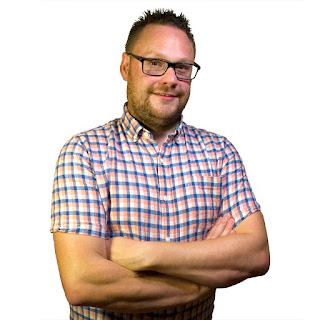 Matt Beighton was born somewhere in the midlands in England during the heady days of the 1980s and continues to spend most of his days in the same shire. He is happily married with two young daughters who keep him very busy and suffer through the endless early drafts of his stories.

When he's not writing, he teaches primary school (Kindergarten to some of you), messes around on canals in his inflatable kayak and supports his beloved Leicester City.

He is currently recruiting avid readers of children's books for his Street Team. Find out more and request to join at http://mattbeighton.co.uk/street-team.