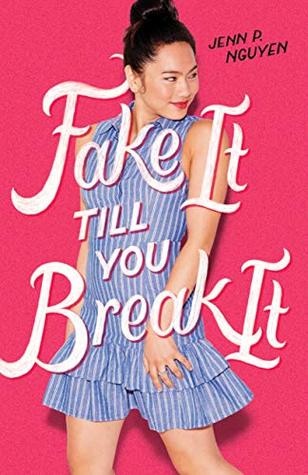 Fake It Till You Break It


Mia and Jake have known each other their whole lives. They’ve endured summer vacations, Sunday brunches, even dentist visits together. Their mothers, who are best friends, are convinced that Mia and Jake would be the perfect couple, even though they can’t stand to be in the same room together.

After Mia’s mom turns away yet another cute boy, Mia and Jake decide they’ve have had enough. Together, they hatch a plan to get their moms off their backs. Permanently. All they have to do is pretend to date and then stage the worst breakup of all time—and then they’ll be free.

The only problem is, maybe Jake and Mia don’t hate each other as much as they once thought…

Tell us about your writing career. How long have you been writing?
I’ve been writing for over ten years. Gosh, I can’t believe it’s been so long! My first book was a YA time travel fantasy and I queried it even though it wasn’t quite ready yet. I was a major newbie and didn’t do my research. But like they say, practice makes perfect so I practiced and practiced and practiced. THE WAY TO GAME THE WALK OF SHAME was actually the fifth book I finished and queried. Luckily, I was able to get an agent with it, but we parted ways about a year later. Two months later, I happened to read A LITTLE SOMETHING DIFFERENT and decided to submit to Swoon Reads even though I thought it would be a long shot. And here we are with my second book, FAKE IT TILL YOU BREAK IT.


How did you choose your genre?
It was all trial and error. I dabbled in a couple different genres. YA fantasy, YA time travel, MG Fairy Tale, YA Historical Romance, and YA contemporary. But I learned that my favorite genre to write was YA Contemporary Romance. Someday I would love to write a YA Thriller though!


Can you share a little about your most recent book?
Of course! FAKE IT TILL YOU BREAK IT is about two teens, Mia and Jake, who have grown up together. Their mothers are best friends who thought that they were destined to be together. Even going as far as giving them a ship name, Jakia. Finally, Mia and Jake decided to fake date for two weeks before having a huge breakup to get their moms off their backs once and for all. Or at least that was the plan.


Tell us a little about other books you’ve published. Series, or stand-alone?
The first book I published is a YA contemporary romance , THE WAY TO GAME THE WALK OF SHAME. It is a stand-alone, but Tayor, the main character’s best friend, Carly, does make a small cameo. THE WAY TO GAME THE WALK OF SHAME is about Taylor, a perfectionist overachiever whom everyone dubs as ‘The Ice Queen’, who spends her whole life studying and trying her best to get into Columbia to be a lawyer like her dad. But after getting drunk and waking up in bed next to notorious womanizing surfer boy, Evan McKinley, her reputation gets flushed down the toilet as she’s bombarded with taunts and spite. Desperate to make things right again, Taylor convinces Evan to pretend they’re in a serious romantic relationship.


So many of us are intrigued by covers and titles. How did you come up with your title?
I’m actually horrible with titles and even worse with covers. Thank goodness I have the awesome team at Swoon Reads to help through all of the cover art. Originally THE WAY TO GAME THE WALK OF SHAME was called THE LOVE CONTRACT. Pretty simple and to the point. After it was chosen by Swoon Reads, the editing team at Swoon decided to change the title to THE WAY TO GAME THE WALK OF SHAME. For my second book, I just had it titled PERFECT MATCH and again Swoon suggested FAKE IT TILL YOU BREAK IT which is such an awesome title. And definitely not one that I would have figured out in a million years.


What inspires your work most?
Inspiration can come from anywhere. Most of my inspiration comes from things I watch or see because I’m a very visual person. Whether it’s an idea that hits me when I’m watching a drama or a tv show or even something on YouTube. Once I even wrote a story based off of The Voice blind audition I saw years ago. FAKE IT TILL YOU BREAK IT was inspired after the birth of my son. My husband kept making jokes about setting him up with his friends’ kids and it got me thinking. Now over two years later, I had my second kid, a girl, and one of my close friends had a boy a week after. So now I’m the one trying to hook out kids up!


Who are your favorite authors, and what is it that draws you to them?
J.K Rowling and Stephanie Perkins. Stephanie because her books are sweet, funny real romances. And they never fail to bring a smile to my face. I can only hope that my books will be as loved as hers someday. And J.K Rowling…well, do you even need to ask? She’s J.K ROWLING. Enough said.


Are you working on a new story now? If so, please share a little about it?
Like I said, my current project was inspired by a blog about hiking I randomly found. It’s about a girl who gets saved by a guy during an embarrassing hiking incident, but he disappears before she could tell him thank you. The only thing she has is his sweatshirt, a gym key, library card, and a dry cleaner receipt to find him. It’s still very early in the plotting process but I’m having a blast with it so far!


Do you have a website?
I do! You can find me at www.jennpnguyen.com.


Thank you for joining us today. 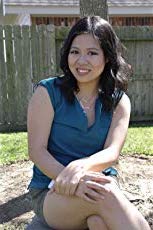 
Jenn Nguyen fell in love with books in third grade and spent the rest of her school years reading through lunchtime and giving up recess to organize the school library. She has a degree in business administration from the University of New Orleans and still lives in the city with her husband. Jenn spends her days reading, dreaming up YA romances, and binge watching Korean dramas all in the name of ‘research’.