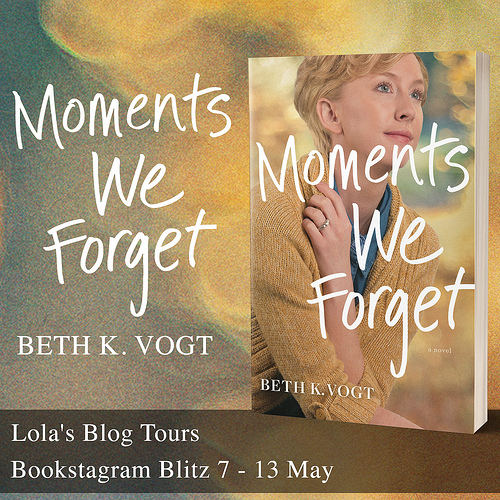 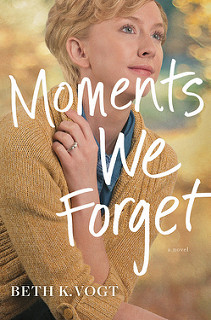 Jillian Thatcher has spent most of her life playing the family peacemaker, caught in the middle between her driven, talented older sister and her younger, spotlight-stealing twin sisters. Then on the night of her engagement party, a cancer diagnosis threatens to once again steal her chance to shine.

Now, Jillian’s on the road to recovery after finally finishing chemo and radiation, but residual effects of the treatment keep her from reclaiming her life as she’d hoped. And just when her dreams might be falling into place, a life-altering revelation from her husband sends her reeling again.

Will Jillian ever achieve her own dreams, or will she always be “just Jillian,” the less-than Thatcher sister? Can she count on her sisters as she tries to step into a stronger place, or are they stuck in their childhood roles forever?


You can find Moments We Forget on Goodreads

I had half an hour, no more than that, to get my life in order so my sisters would never suspect how unprepared I was for this morning.

I kicked the back door shut, dumping the plastic grocery bags onto the kitchen counter, easing the ache in my arms. If Johanna were hosting this morning, she’d have something homemade baking in her oven, the appealing aroma filling her immaculate kitchen.

Well, one thing was for certain—I was not Johanna.

Winston’s frantic barks sounded from upstairs. Seconds later, he was scampering around my feet, his sudden appearance meaning I’d forgotten to lock him in his kennel. Again.

“Bad dog.” A halfhearted reprimand. “You’re not supposed to be down here.”

I pulled items from the plastic bags. Please don’t let me have forgotten anything during my mad dash through the grocery store.

Cream for Johanna’s and my coffee—although she was going to have to make do with my Keurig coffeemaker, not French press.

A small box of sugar so Payton could enjoy her coffee with the preferred three heaping spoonfuls per cup.

Nothing fancy. But at least I wouldn’t look like a complete failure.

I suppose to a casual observer, Johanna, Payton, and I—the three remaining Thatcher sisters—appeared successful. And yet, while we might claim certain professional and romantic achievements, we still struggled to find our way as sisters.

At times Pepper’s words—the ones Payton had shared with Johanna and me several months ago—seemed more of a taunt than an encouragement.

“Sometimes you just have to forget all the other stuff and remember we’re sisters.”

Shouldn’t a role you acquired at birth be simple? Something you learned to do, along with walking and talking and navigating adolescence?

But then Pepper’s death at sixteen splintered our already-precarious bonds.

I selected three mugs from a kitchen cupboard. This was no time to try to unravel the complicated dynamics between me, Johanna, and Payton—not when they’d be here any minute. And not with so much riding on this morning.

It’s funny how much hope people put into a cup of coffee.

Social media—Facebook and Instagram and Twitter and Pinterest and even millions of people’s text messages around the world—overflow daily with memes and GIFs lauding the miracle qualities of coffee.

Coffee is the gasoline of life.
All I need is coffee and mascara.
Behind every successful person is a substantial amount of coffee.
I drink coffee for your protection.
Drink coffee and do good.

And now . . . now coffee would be the glue that bonded the three of us together.

Check out the first book in this series!
Things I Never Told You (The Thatcher Sisters #1) 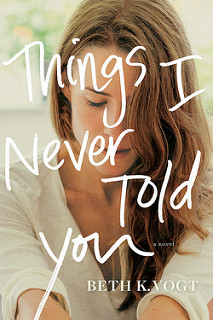 As old wounds reopen and possible tragedy awaits, the Thatcher sisters must decide if they will pull together or be driven further apart. 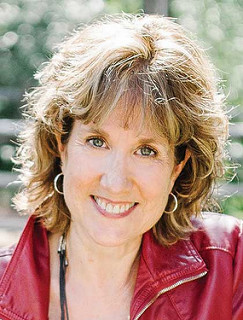 
Beth K. Vogt is a nonfiction author and editor who said she'd never write fiction. She's the wife of an Air Force family physician (now in solo practice) who said she'd never marry a doctor—or anyone in the military. She's a mom of four who said she'd never have kids. Now Beth believes God's best often waits behind doors marked Never. Beth's first novel for Tyndale House Publishers, Things I Never Told You, released in May 2018. Moments We Forget, book two in the Thatcher Sisters series, releases May 2019. Connect with Beth at bethvogt.com.