Courting Kate by Tori Kron (Panthers Players, #1) ***A quirky interview with the Author: Find out what story Tori Kron would want to crawl into -- Giveaway*** 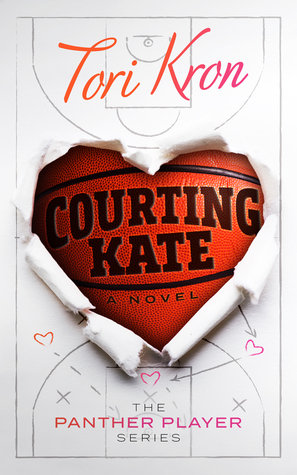 
Slapped with court ordered community service for brawling—again, Miller Cassidy, the Indianapolis Panther’s star player, is forced into laboring under stodgy non-profit supervisor, Kate Gallagher. Her saving grace—she happens to be best friends with Stella, the woman he’s been chasing for years.

Despite the masses falling for his charm, Kate doesn’t care for

Miller’s notorious reputation or his flippant behavior. But wanting to impress her strict boss, she agrees to a trade that could give them both a shot at success.

Propelled into an unlikely alliance, Miller finds himself taking a defensive stance when he sees beyond Kate’s hard exterior. And Kate is equally thrown off guard when she discovers there’s more to Miller than games.

But is love worth sacrificing friendship? And can Miller let go of the feelings for Stella he’s held onto for years?

In love and basketball, it’s five fouls and you’re out, and every play counts.

Welcome to JB’s Bookworms with Brandy Mulder
What made you decide you wanted to write?

As an English major at Purdue, I signed up for a creative writing course that kick started my curiosity in the subject. However, I didn’t act on the desire to create for several years. Then, a teacher friend of mine expressed interest in pursuing publishing, so we embarked on the journey to writing for an audience together. It was wonderful to have someone to share in the process!


What inspired your first story?

Courting Kate was inspired by several factors in my personal life.

To begin, my cousin died at a young age, but my aunt and uncle chose to find good in the midst of tragedy by donating her viable organs. Then, a good friend of mine started working at an organ donation facility. Through her experience, I was able to understand the vast impact they have in the community. It was important to me to highlight their need for funding and to help draw attention to the importance of organ and tissue donation.

On a lighter note, I hail from Indiana where basketball is THE sport. Combine that with several years of sitting on the sidelines as a cheerleading coach, and it simply became part of who I am. My seventh grade classroom has an annual bracket challenge, and this spring, I went so far as to temporarily depart from a bachelorette party to watch the final minutes of Purdue playing in the Elite Eight.


What sort of people or writer inspires you?

I write contemporary romance, but some of my favorite authors write historical romance. To me, you can’t beat the works of Julia Quinn and Rhys Bowen. Their characters are engaging, witty, and fun.


Tell us about your stories.
Any quirky or hard-headed characters?

I don’t know that any of my characters are quirky, but several are hard-headed! Kate thinks she knows best, even if she doesn’t, and Stella can’t take no for an answer. Growing up around strong, independent women, it was important for me to feature those qualities in my book.


If you were a character or creature in one of your stories, what would you be with your personality, and why?

I want to say that I’m a Kate because I try to help others as much as I can, but I think those who know me best would say I’m bossy like Stella. It’s the teacher in me, though! I can’t help it!


If you could disappear into any story you’ve read, (aside from your own), which would it be?
Without a doubt, I would want to be a Bridgerton sibling from Julia Quinn’s popular series! They are a fun-loving family who value love over money and status, and they always stick together.


Your lost in that story right now. Which character do you want to be your best friend?

Hyacinth would definitely be my best friend.

She’s outgoing, spunky, and speaks her mind. We’d have some grand adventures!


I love bouncing around with alternative choices, so …

Candy or Cake? Cake (but it better be chocolate!) Yeah!


Is there anything you’ve really wanted to do that you’ve never done?

Most of my adventure list involves travel. I’ve been fortunate to explore many beautiful destinations, but I still want to visit Asia and Australia. Also, I plan to tour all fifty states before my fiftieth birthday. My cousin and I make a decade by decade bucket list, so we have a plan to make sure that we don’t miss out on anything.


Are there any books planned for the future that we can look forward too?
Yes! Courting Kate is the first in a three book series. The epilogue teases at what is to come in my next novel, and I already have plans as to how I’m going to segue from this series to the next.

Do you have a website? www.torikron.com  Check it out folks.


It’s was great having you Tori. Thanks for joining us today. 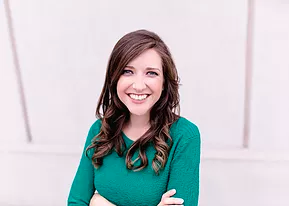 
Tori Kron has spent ten years educating middle school students in the art of English writing. She is a proud graduate of Purdue University, where she discovered a love for nearby Chicago and the adventures that awaited within. When Tori isn’t in front of the classroom, you can find her working with fellow authors in the Midwest Writers Guild or traveling the world with friends. In between excursions, she happily resides in Evansville, Indiana with her husband and son.