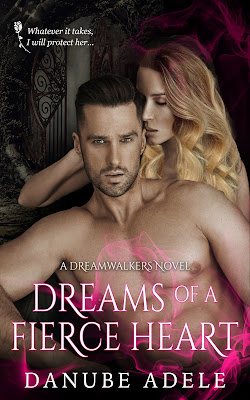 Dreams of a Fierce Heart

Some have called me impulsive, and maybe I was, much to my own detriment … at seventeen.

A social pariah in my own nation after being found in a fatally compromising position, I tucked tail and ran to Earth for study, work, and to heal my wounded heart. It took seven years for the opportunity at redemption, to earn my way back home, but it means infiltrating dangerous enemy territory. If the Brausa catch me, I might wish for a quick death.

My goals? I have two of them. Save my childhood friend, our Sunan leader’s last surviving daughter, and, get away from Nick Dylant. His deathbed promise to my older brother has him bulldozing into my life, making demands regarding my safety. He’s even found a way to force a marriage using some obscure, arcane law of old in order to protect me, but if he thinks he can force his will on me, he can think again. There is no way he’s going to control who I am or what I do in this world.

I don’t need his or anyone’s permission to steal away in the middle of the night with a disguise, a rough map, and an even rougher plan of action, because one thing is for certain: I refuse to join with anyone who sees me as a duty, not when I’ve loved Nick since I was a child. Not when I dream about his kisses and crave his touch.

The only hint that he heard what I said was a slight narrowing of his eyes for the briefest of seconds. Then he turned his attention to the drink Greg had bought for me as though it were tainted. He completely ignored my outburst. “You aren’t going to drink that.” He made it a blanket statement. Firm. Like he had the right to do that.

“Wanna bet? Who’s going to stop me?” I hadn’t planned to drink it, considering my allergy. That is, until he’d told me not to. For some reason, he had the ability to piss me off on sight and give me childish thoughts of violence. Like, how much fun would it be to throw the drink right in his face? Again, I envisioned the complete shocked surprise that would transform his expression, his stormy eyes wide, his brows and lashes dripping with the sugary, citrus cocktail.

“I’ll stop you.” Casually, he grabbed the drink and set it on the tray of a passing waitress who barely noticed.

Fury burned like fire in my gut, but I hid it behind a cold smile. “You think I can’t go buy a drink when I want one? I can walk myself over to the bar and order whatever the hell I want, Papa Bear. Last time I looked, I was an adult woman with her own money to spend. I’m not a gods damned child.”

There was no change of expression. The grim look that seemed permanently etched on his face remained, but I did note that a muscle twitched along his square jaw, the only sign that I was getting under his skin, which gave me a hit of satisfaction. Then his full lips thinned, compressed into a tight line before he bit out, “Why the hell are you bent on causing a problem?”

“I’m not your problem. I’m not forcing you to stay. I didn’t ask you to do anything. You’re welcome to go finish your playdate with Ryder as far as I’m concerned. I didn’t invite you to sit at my table.” My own heart, acting like an innocent bystander, stuttered with dismay at my harsh words. It ached, squeezing painfully against my chest, but I needed to desensitize it. My heart was not in charge. It hadn’t been for years. If I was really going to move on, this had to be part of my therapy.

Nick stared at me in silence for a few moments, his gray eyes roaming my face briefly, searching for something. Whatever he saw prompted him to say in an undertone, “You need a keeper.”

“Stop calling me that,” he snapped. “I’m not trying to father you.”

“What does it matter? It’s not like you can date him. You don’t live near him.” He didn’t deny any of it. Wasn’t the least bit repentant.

I gave him my best, wicked smile, knowing this would thoroughly piss him off. “Maybe I just wanted to have sex with him. Sometimes, a girl needs a little skin-on-skin. Some body heat.”

His blue eyes turned glacial, flicking over the bodice of my dress where I’d grown more cleavage since my seventeenth year; his nostrils flared, and anger put a snarl to his words. “And we all know you aren’t shy about propositioning yourself.”

My smile never faltered when his poisonous dart hit the bullseye, but I had no control over the long-ago humiliation that washed my skin in violent, crimson shades, which he noted with a sudden frown, like he was about to take it back, but screw him. Throwing that in my face after all this time made my heart clench with a sense of betrayal. I kept my voice as light as I could, trying to brush it off. “That’s right. I did offer up panties to you long ago. I’d forgotten about that. How embarrassing, right? Because I’m like your sister.” I almost pulled it off but for the last word. My voice cracked, and the feeling of utter foolishness, something I was all too familiar with in relation to him, left me exposed. 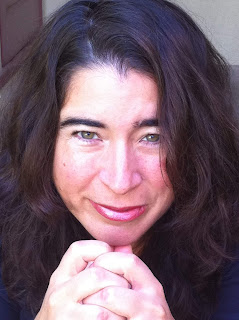 Danube Adele wrote her first romance at the age of seven when she penned the story of her dogs falling in love and having puppies. She’s been dreaming up romantic tales ever since. A lifetime resident of southern California, she spends time playing at the beach, camping in Joshua Tree National Park, and hiking Mammoth Mountain. Always a lover of adventure, she and her husband took their sons on a cross country road trip to Florida and back in an old VW Westfalia, that had no A/C, in the month of July, and still, it continues to be the best trip they ever took. Extensive travel and trying new things has kept the creative spark alive. Danube lives with her biggest fans, her loving husband, amazing and wonderful identical twin sons, and a teddy bear of a Rottweiler.

You can find other books in the Dreamwalker series, Quicksilver Dreams #1, Dark Summer Dreams #2, Dreams of a Wild Heart #3, at www.danubeadele.com 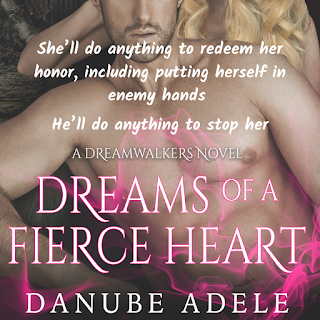