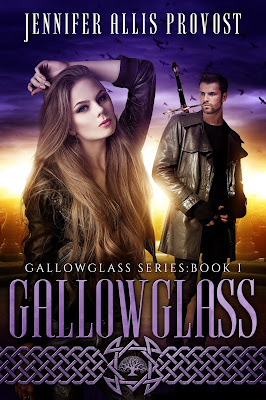 Karina didn’t set out to free the Seelie Queen’s gallowglass. Now she’ll do anything to keep him.

In Scotland, they visit the grave of Robert Kirk, a seventeenth- century minister who was kidnapped by fairies. No one is more shocked than Karina when a handsome man with a Scottish brogue appears, claiming to be the Robert Kirk of legend. What’s more, he says he spent the last few hundred years as the Gallowglass, the Seelie Queen’s personal assassin. When they’re attacked by demons, Karina understands how dearly the queen wants him back.

As Karina and Robert grow closer, Chris’s attempts to drown his sorrows lead him to a pub, and a woman called Sorcha. Chris is instantly smitten with her, so much so he spends days with Sorcha and lies to his sister about his whereabouts. When Chris comes home covered in fey kisses, Karina realizes that the Seelie Queen isn’t just after Robert.

Can Karina outsmart the Seelie Queen, or is Robert doomed to forever be the Gallowglass? 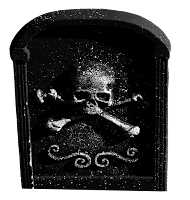 As the calendar approaches Halloween each year, talk inevitably turns to ghost stories. What better way to celebrate the season that with ghost stories from Scotland, the birthplace of Halloween? Below are some of the most chilling tales based in two of Scotland’s largest cities, Edinburgh and Glasgow.

Edinburgh is the ideal setting for a ghost story, what with its gruesome past and ancient warren of streets. Greyfriar’s Kirkyard, located in the Old Town, was the scene of religious persecutions in the seventeenth century. There have been more than five hundred recorded poltergeist attacks within the kirkyard.

Not quite a ghost story, the tale of William Burke and William Hare is chilling nonetheless. They were body snatchers turned murderers that operated in Edinburgh between 1827 and 1829. They sold their corpses to one Dr. Knox at Edinburgh University to use in his lectures. Eventually, the pair were implicated when Dr. Knox made a full confession. Hare turned king’s evidence on Burke, and Burke was hanged shortly afterward. His corpse was dissected and his skeleton displayed at the Anatomical Museum of Edinburgh Medical School, where he remains today. A fitting end, if you ask me.

Several stories originate in the city’s underground alleys, one of the most famous being Mary King’s Close and the Blair Street Vaults. Costumed tur guides will regale you with tales of intrigue, plague, and murder. Or better yet, visit the Edinburgh Dungeons where you can take a turn on the Drop Dead Ride, where you learn what it’s like to be hanged in excruciating detail. If you survive, you can hear all about Scotland’s most famous cannibal, Sawney Bean.

As the most populous city in Scotland, Glasgow has plenty of ghoulish tales to tell. Some say a lovely lady haunts Hillhead station. Witnesses have seen her wearing pre-WWII finery, and she’s always laughing or whistling a song. As ghosts go, she’s ne I wouldn’t mind running into.

The ghosts associated with the track between West Street and Shields Road aren’t nearly as fun. Reports of this ghost claim it’s half boy, half animal, and it tends to be gnawing on something. I suppose it’s for the best that we don’t know what that “something” is.

Glasgow’s southern Necropolis made headlines in the 1950s when children began roaming the graveyard in search of a seven foot tall vampire. The vampire—who was said to have metal teeth—was blamed for two missing children. Neither the children nor the metal-mouthed vampire were ever found.

What are some ghost stories you’ve enjoyed, Scottish or otherwise? Tell us in the comments!

Jennifer Allis Provost writes books about faeries, orcs and elves. Zombies too. She grew up in the wilds of Western Massachusetts and had read every book in the local library by age twelve. (It was a small library.) An early love of mythology and folklore led to her epic fantasy series, The Chronicles of Parthalan, and her day job as a cubicle monkey helped shape her urban fantasy, Copper Girl. When she’s not writing about things that go bump in the night (and sometimes during the day) she’s working on her MFA in Creative Nonfiction. 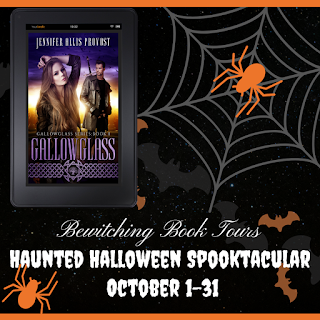