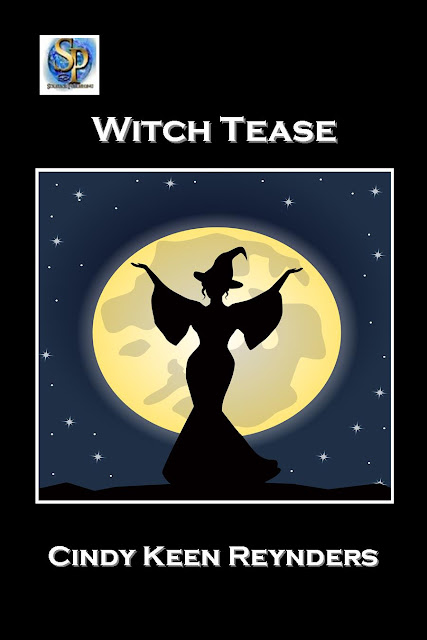 Elizabeth, “Lizzie” Rose, high witch of the Wysteria Hedge Haven Clan, must enlist the assistance of her former lover, Kincaid McAllister, the famous Spirit Wulver, to save her coven from a banshee attack.

As the Wysteria Hedge Haven Clan prepares to celebrate Mabon (autumn equinox) by holding a “Blessing of the Brooms” ceremony at the Royal Witch Arena, a banshee swarm attacks. While clan members are held captive, the banshee leader, Sorcha, barters with the Supreme Witch’s Council to bestow life to her group within the next 48 hours.

Elizabeth “Lizzie” Rose, high witch of the Wysteria Hedge Haven Clan, has recently been running late to coven events. She arrives at the arena after the banshees’ attack, and manages to escape.

She hires the famous Spirit Wulver, who is known in the magical world for dispatching demons and evil spirits. When he arrives, she realizes it is Kincaid McAllister—the same man she fell in love with centuries ago, back in Scotland.

Kincaid and Lizzie set aside their personal feelings in order to save her clan. Unfortunately, Kincaid’s typical pest exterminations fail. As a last resort, he plans to travel to the Land of the Fae to consult with the Faery King to determine the best way to get rid of Sorcha’s gang.

Despite the dangers, Lizzie insists on going with Kincaid. After rekindling their love, the two vow to spend their lives together. They find Uaithne; a magical harp that will destroy the banshees. Possession of the item requires the sacrifice of a life. To Lizzie’s dismay, Kincaid offers his.

Refusing to accept Kincaid’s fate, she frees her clan, then begins the process of returning to the Land of the Fae where she hopes to free her lover. Hopefully, Lizzie’s timeless love for Kincaid will unlock powerful magic to fuel her quest.

Breathing in the old magic wafting through the glade, Lizzie entered a ring of tall standing stones and placed the basket of herbs on the ground. The ancients had worshipped here, her Druid ancestors who had practiced otherworld mysteries by tracking celestial bodies.

They knew about life and its beginnings and they understand the nature of humans and other creatures. Much of their knowledge had been lost over time, but she and her Hedge Haven Clan did their best to pass along the fundamental teachings and learn the old ways.

At last Kincaid pushed his way through layered green foliage. Tall, powerful and exuding raw sexuality, he strode up to Lizzie. His familiar musky scent drifted toward her, and she breathed in his intoxicating presence. A smile curled her lips, but it faded when she realized he wore woolen soldier’s attire complete with a red plaid kilt.

Her stomach clenched. “What’s going on? Why are you dressed that way?”

“Come to me, lass,” he said in his thick Scottish brogue, his blue eyes dancing. “You ken I want you.”

“And I want you,” she whispered, momentarily forgetting her fears as he pulled her into his arms. When he lowered his shaggy head, his lips met hers in a warm, passionate kiss. Desire wrapped around her and she melted into his protective, loving embrace.

As the kiss deepened, Kincaid gently eased her down into the soft grass. She moaned as his talented mouth found the curve of her neck, nibbling the sensitive skin. His warm, moist lips thrilled her as he blazed a fiery trail of warmth. Nimbly unlacing the ribbons on her bodice, he made his way to her cleavage, then her nipples.

She arched her back as his lips encircled the rosy tips, sucking and licking until the center of her being nearly burst. Untying her cloak, she spread it out beneath them. Breathing heavily, she undressed him as he undressed her. Before long, they lay naked beneath the sky.

“I’m cold,” she managed before her teeth began to chatter. “We’ve barely entered the spring equinox and the weather still chills my soul.” 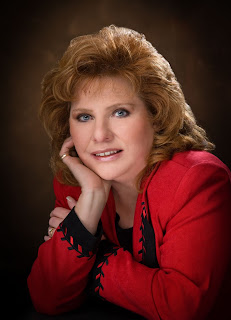 Cindy Keen Reynders is a contributing editor and staff writer for LCSD1’s Public Schools’ Chronicle. She worked as a book critic for Storyteller Alley and has published articles with True West and Wild West magazines.

She is the author of mysteries The Saucy Lucy Murders, Paws-itively Guilty and A Killer Slice. Additionally, Solstice Publishing released The Seven-Year Witch in March, 2019. The second book about the Wysteria Hedge Haven Clan sisters is, A Witch at Midnight, which was released in July, 2019. Witch Tease, is the next book in the series.

Besides reading, writing and crocheting, Cindy’s favorite activity is seeing new places. She was born in Portland, Oregon and has lived all over the United States and in Misawa, Japan. She has visited Canada, the Philippines, Samoa, Hawaii, both the western and eastern Caribbean and New Zealand.

From baby alligators to glow worms, Cindy has seen a variety of life’s wonders.