Who Let the Demon Out? Badass Demon Bounty Hunters Book One Naomi Bellina - Darkly Funny Urban Fantasy, Comedy, Humor, UF - How hard can it be to send an escaped demon back to hell? 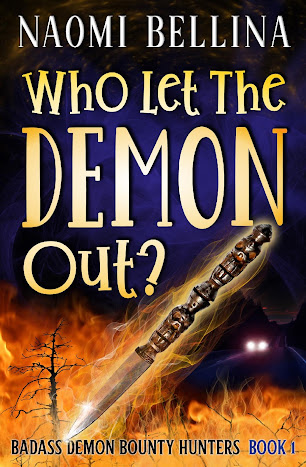 Who Let the Demon Out?
Badass Demon Bounty Hunters
Book One
Naomi Bellina
Genre:  Darkly Funny Urban Fantasy,
Comedy, Humor, UF
Date of Publication:  8/21/2020
ASIN:  B089NFXVFT
Number of pages: 156
Word Count:  43,443
Cover Artist: Chris Kridler
How hard can it be to send an escaped demon back to hell?
Not only is her suicide attempt thwarted by a stranger, but when she comes back from the dead, Sable is tasked by Lucifer to find and return to hell a demon she let loose. If she doesn't, she'll be sent to the darkest level of the afterlife when she dies.
The woman Jack pulled from a running car is obviously disturbed and her story about Lucifer and demons is bullshit. But she has the name of a dead man written on her arm and Jack wants to know why.
Since it's Jack's fault she's in this mess and his skills from a background in the security business are useful, Sable recruits him for her find-the-demon mission, which turns out to be all kinds of difficult. Not only can demons inhabit human bodies, they have other nasty tricks up their sleeves, like incinerating objects and people who get in their way.
It also turns out the inhabitants of hell lie and that things on Earth are not what they appear. Nor are things in her own world, Sable discovers, as she battles to complete her mission before time runs out and it's impossible to send the demon back.
Amazon         Books2Read

One minute I was surrounded by white light and the scent of lavender. The next minute I was on my back in the dirt with a guy straddling me and pounding my chest.

Hard to see much in the dark, but the full moon shining through the oak trees showed me his brown eyes, open wide and filled with fear.

“You’re alive. Jeez, woman.” He took his hands away and leaned back on his heels.

He smelled like garlic and motor oil, and he needed to get the hell off of me because a violent churning in my stomach meant ...

“Move.” I shoved him and rolled to my side.

He did, fast enough to get out of the way while I hurled the contents of my stomach onto the ground. I made my way to my hands and knees and retched a little more.

I took the bottle he offered, rinsed and spit, then drank. A chunk of something went down my throat and I almost puked again. Rinse, spit, rinse, spit. Hope he didn’t want the bottle back.

A loud pop like a gunshot and a flash of light to my left made me swivel my head and instantly regret the move as my gut reacted by gurgling another warning.

The man looked in that direction too. “What was that? Are you alone out here?” he asked.

“As far as I know. Did you see something?”

“I don’t know.” He assumed a fighting stance, legs slightly spread, hands curled in fists at his side, then turned in a slow circle, studying the woods around us.

We both stayed silent for a moment as he continued to scan the area. I pulled in deep breaths, trying to convince my gut to settle down.

“An animal,” the man said and turned back to me. “Are you all right?”

No. Duh. He’d just pulled me out of a running car filled with carbon monoxide.

“Why the hell did you do that?” I asked.

“Stick your nose in my business.” I stood, wobbled a little, but I could stay upright and possibly walk.

“I about died because I wanted to.” I moved toward my car. “Pretty damn obvious, dude. What are you doing out here in these woods anyway?”

I’d chosen this parking area that accessed a hiking trail on the Blue Ridge Parkway in North Carolina because no one came here at night. No one was supposed to, anyway.

It would have been easier to fill up a garage with carbon monoxide, but I lived in an apartment and didn’t have one. I thought about using a friend’s place or renting a storage unit, but that meant someone would be in for a super-crappy day when they found my dead body in the morning. I didn’t want to be the cause of someone having a super-crappy day.

“I come here between calls,” he said. “You need to get medical attention.”

I walked back to my car, and he didn’t follow, which was good because I was likely to punch him. It’d taken every ounce of courage I could muster to set this up, and he’d ruined it. Now my car had holes in the exhaust system and floor, my stomach was about to turn inside out and my head hurt like a son of a bitch.

And I was still alive.

“Get the hell out of here and leave me alone.” I reached my car and leaned on it. He’d turned off the ignition and left the door open, but it still stank like poison.

“I’ll take you to the hospital. Come on.” He gestured with his hand.

I reached into the glove box, pulled out the Glock 19 I’d stolen/borrowed from my dad in case I needed a plan B (Dad had a buttload of firearms; he’d never miss this one), and pointed it at the guy. My arm shook, but I held it steady enough. “I said get out of here. Now.”

He raised his hands. “Okay. Take it easy. I’m going. You can keep the water.”

His hands remained in the air as he backed up slowly. Good. He wasn’t an idiot hero type. Just a knight in a stained T-shirt instead of shining armor, trying to rescue the girl. Except this girl didn’t need rescuing.

I didn’t lower the gun until the red glow of his truck taillights disappeared. When I did let my arm fall, it shook. I sat back down in the car. Okay, no biggie. Shut the doors, crank it up, finish the job. I could do it. That was the only way. Who was I kidding? There was no plan B. I totally couldn’t put a gun in my mouth. The knight wouldn’t come back again and stop me. Would he?

An owl hooted, and the wind blew a scent of wet leaves my way, the smell of strolls with Jasper, the world’s weirdest cat, who liked to go for walks on a leash in the woods.

“Step out of the car, would you please?”

Holy crap! I about broke my neck swiveling toward a voice that came from the entrance to the parking area. A man stood far enough away I couldn’t see him clearly, just an outline. I slid all the way inside, shut my car door and locked it. He stepped closer.

Not the same dude that screwed up my plan. This guy was tall, blond, wearing tight black jeans and a long-sleeve black shirt. I didn’t see another vehicle. Where the hell did he come from?

“Get away. I’m calling the police,” I yelled through the closed window. I reached for my phone. Oh yeah. I didn’t have a phone. Since I’d planned to die that night, I’d canceled my contract and told my carrier to stick their overpriced rates up their butts.

One of the best moments I’d had while preparing for my death. 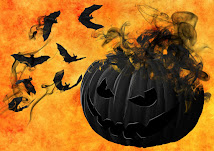 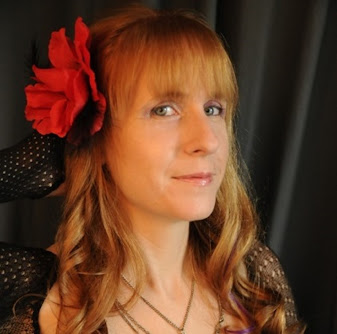 Naomi Bellina lives in sunny Florida with the love of her life and the world's chattiest cat. Her interests include dancing, motorcycle riding, drumming and eavesdropping on strangers’ conversations for plot ideas. She used to worry about the battles between her cheery disposition and her dark imagination, but now they’re best friends and drink coffee and write books together. Her motto: Never pass up the opportunity to have an adventure!
http://www.naomibellina.com/
https://www.facebook.com/NaomiBellinaAuthor/
https://twitter.com/TheGoddessNaomi
https://www.instagram.com/naomibellina/
https://www.amazon.com/Naomi-Bellina/e/B006DI24FM/
https://www.bookbub.com/authors/naomi-bellina
https://www.goodreads.com/author/show/4879420.Naomi_Bellina 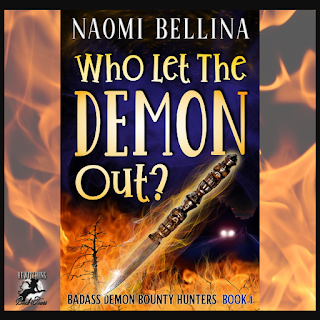 She’s been Bewitched, he’s Bewildered
For thousands of years Oron Vi’Eirson has lived each day trying to keep the pain and devastation caused by his family from hurting his precious baby brother. But despite his best efforts his past has come back to haunt him, placing not only Darian and Amelia in harm’s way, but also his newly found mate.

Isabelle Campbell, or as she likes to be called, Izzy, is a mess. She knows this. It’s never intentional, but somehow her curiosity always seems to run away from her. When her latest gaffe lands her homeless and fired from her favorite barista job she is left little choice but to accept the kindness of some of her favorite customers, little did she know that by doing so, she would find herself starting the bigge…
Read more