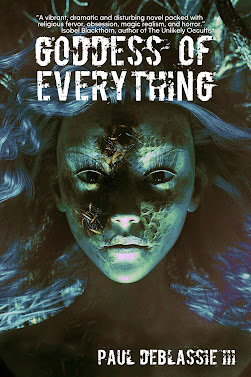 Welcome to JB’s Bookworms with Brandy Mulder. Please, tell us about your newest book.

Goddess of Everything is a supernatural thriller loaded with magical realism, religious fervor, and devouring love.

Writing isn’t easy. What was the most difficult thing you dealt with when writing Goddess of Everything?

The characters, especially the evil mother kept wanting to steal the show. And she almost did!

Tell us a little bit about your writing career.

I’m a psychologist/writer of forty years, published for the last thirty-five, and having a rip-roaring time!

They say Hindsight is 20/20. If you could give advice to the writer you were the first time you sat down to write, what would it be?

Hit the page running. It’s what I’ve always done and it’s the advice I always give.

What was your most difficult scene to write?

Writing Goddess of Everything was like a stream of white-hot consciousness, not hard, but didn’t want to get swallowed whole into the story and not find my way out of Mother Juana’s infernal womb. That was tough!

Are themes a big part of your stories, or not so much?

Oh definitely . . . Goddess of Everything comes down to a decision – decisions are what make a man a man and a woman a woman.

What are you working on now?

I’ve got Seer, the case of the man who lost his soul, going. It’s about a transpersonal psychologist in northern New Mexico, a man confronted by a patient hanging between this world and the next, his soul in the balance.

Is there a release date planned?

Who is your favorite character from your own stories, and why?

I love the vulnerable protagonist who battles against otherworldly evil characters. There’s so much going against them. Ever have that feeling? We all do! It’s great to read it, sink into the story, and maybe learn a little something to help us make our way on through life’s challenges.

Most writers were readers as children. What was your favorite book in grade school?

I loved everything from mark Twain, Marvel Comics superhero adventures, and watching Rod Serling on The Twilight Zone.

What are your plans for future projects?

I’m always writing my next professional article in transpersonal psychology, inspirational psychology, and a blood-curling supernatural thriller. Having different burners on the stove lit up and cooking keeps the creative sauces juicy and yummy.

Is there anything you would like to add before we finish?

I love being with you today on JB’s Bookworms and hope and trust I appealed to all subterranean literary dwellers ready to submerge themselves in the energies light and dark in the Goddess of Everything.

It sounds great. Good luck with Goddess of Everything. Thank you again for joining us. It was a pleasure having you with us today.

Keep scrolling for an excerpt from Goddess of Everything by Paul DeBlassie III.

His mother wailed again. Nighttime darkness continued to descend, and the wind stayed its brutal course at Father’s funeral. Mother Juana hadn’t noticed the spirit of a man cloaked in light beside Gabriél. He wasn’t Gabriél’s father. He was more than a man; he was everything that Father was and more. Through the corner of his eyes, Gabriél saw the white-bearded old man. In many ways, in many forms, I will come. The words were close as heartbeats and breath. He knew if he turned and looked directly at him, the man would disappear. The light was intense, like rays of the sun. The old man had something to say.

Suddenly, unclean sounds went into Gabriél’s ears and chest—crackling and squealing voices rising from under the earth and into his body, trying to block out the lingering presence of the old man and his words. Like a god, the white-bearded man lifted his right hand, fingers spread. The noise went up from the ground into his palm, a mighty hand with powerful magic.

Gabriél’s mind became silent as a windless autumn night, magic making him still inside, just like he was when in his bedroom reading alone. The old man was strong and made what was bad cease. Even as the underworld racket stopped, the graveyard winds kept up their awful screams.

The quiet of the man and the moment wrapped strong and warm arms around Gabriél. Invisibility stood guard around the old man. Mother could not see him. No one could see him. He was there only for Gabriél. He bent down beside Gabriél and touched his shoulder. A crystal clear calm made the shrieking wind and the crying women and the priest’s strange prayers seem far, far away.

Mother’s red hair blew in the wind like it was on fire. It didn’t scare Gabriél because of the old man, his warm and solid hands steady on Gabriél’s shoulders. His kind eyes said he was ten thousand times ten-thousand-years old. His mother’s red hair and shrieking prayers no longer scared him.

Then the old man spoke, and through Gabriél’s mind sent a message, LISTEN... WHEN THE DAY GOES AWAY AND THE NIGHT COMES, REMEMBER I AM HERE. He touched Gabriél’s heart. LISTEN.

Gabriél’s mother abruptly glanced down at him. He looked into her eyes and knew she hadn’t heard the old man, but she had a squint in her eyes. Her eyes glowed red, and the old man’s hands did not move from Gabriél’s shoulders.

Big branches from the cottonwoods cast long moon shadows over the grave. Now they looked like skinny people scratching at each other, cloaking the old man. The wind picked up its screeching.

Mother squeezed his hand. His fingers tangled together, tips burning with pain. Then she looked away and wailed more loudly than ever.

The old man stopped and looked up.

She’d seen the old man, pointed at him, and screeched like the evil winds.

Blistering dust and grit blinded Gabriél. He pulled his hand away from his mother and rubbed his eyes and tried to clear them, but when he looked again, squinting, he saw that the light of the old man had vanished.

His mother was wrapped in a cloud of dust. Out of the cloud came a coyote, foam curling from its mouth. It howled, and an instant later legions of dust devils took over the landscape and swallowed it in clouds of dust, trash, and tumbleweeds.

Mother reappeared beside him and picked him up. She screeched with a million hateful voices. His heart beat rapidly, fluttered like a flock of sparrows flying away. Catching his breath was hard.

“The night plays tricks,” his mother seethed, her breath hot and rank.

The winds suddenly ceased. Brown and gray clouds gave way to blackness that closed in and covered the full moon. Spirits of children rose out of their graves. They pointed at Gabriél and his mother. Their hands and fingers grew and reached to grab him, take him away under the earth.

Mother swept her black shawl over Gabriél. She whispered, “I will protect you, mijo.”

They escaped into the jet-black night. 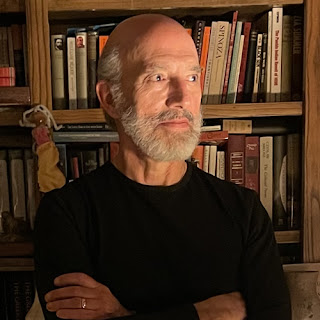 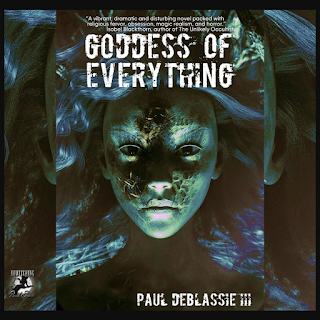