Well, when you happen to be on the wrong side of the law and have every intention of staying there, having a cop for a sister isn’t exactly ideal. And teaming up with said sister? Well, that is just the cherry on top of the craptastic pie that has been my life.

But when our brother decides to attack us head on, banding together is the least of our problems. 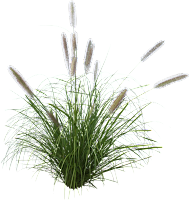 Simon wiped at his leaking eyes before striding across the grass and pulling me up by my biceps. “He gave you an hour and we’ve wasted enough of it. You have to get ready.”

Dumbstruck, I allowed him to pull me by the forearm back to the house.

“Clem, get their leathers ready,” he called over his shoulder as we crunched over broken glass and fallen books.

The house looked no better than it had a week ago after our little invasion, and I had to wonder how many times it had broken apart and been put back together by magic over the years. Simon muttered to himself for a second before picking through the debris, yanking me behind him to the staircase. An irritated trill pulled my gaze to my feet, and an angry set of glowing green eyes pierced me with an annoyed glare. Simon yanked me again, and Isis wound around his feet nearly tripping him.

“Damn and blast, Isis. It’s not my fault you went and hid under the bed. The whole bloody house was going to fall on us, you mangy feline, and you can’t die.”

She couldn’t? Well, that was new information—and sort of comforting if I was being honest. The world without a little skeleton kitty in it seemed just a bit awful to me. I pulled my arm out of Simon’s hold and picked up the bone cat, cuddling her in my arms as I continued following him up the stairs.

“Did evil Simon leave you behind, my sweet girl. What a bad daddy.” Scratching at her nonexistent fur, I smiled evilly when Simon shot me a look over his shoulder as he muttered something about children these days.

Annie Anderson is a military wife and United States Air Force veteran. Originally from Dallas, Texas, she is a southern girl at heart, but has lived all over the US and abroad. As soon as the military stops moving her family around, she'll settle on a state, but for now she enjoys being a nomad with her husband, two daughters, an old man of a dog, and a young pup that makes life... interesting.