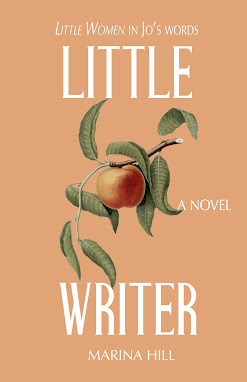 Little Writer
Marmee’s Girls
Book One
by Marina Hill
Genre: Historical fiction
Publisher: Evergreen Books
Date of Publication: November 1, 2022
Paperback ISBN: 979-8-9862908-0-5
eBook ISBN: 979-8-9862908-1-2
ASIN: B09ZFCWKYP
Cover Artist: Marina Hill
A retelling of the classic coming-of-age story Little Women through the intimate lens of Jo March.
It’s 1862 and fifteen-year-old Jo March would rather be fighting in the war, like her papa, than improving her knitting skills on the home front. But societal conventions for the “gentle” woman—and her steadfast adoration for her three sisters—force Jo to stay behind and support the family, all the while rolling her eyes at Aunt March and daydreaming of becoming a famous author.
At home, love abounds in the March girls’ lives in the form of family, friendship, patriotism, religion, and—to Jo’s chagrin—romance. As each sister navigates their ascent into adulthood, Jo unwittingly ventures down a path of self-realization, using her gift of written prose to craft her voice, and thus, her truth. Perhaps, just maybe, she can strike balance between the freedom of independence and the warmth of partnership…
In this visionary adaptation, Little Writer tells the March sisters’ timeless journey to womanhood with a multiracial cast of characters, reimagining history to include diverse communities without elaboration.
Amazon      BN

The theater is such a grand building, with gilded designs and carvings decorating everywhere my gaze lands. I haven’t even seen the play yet and I’m impressed. I wish I could run my fingers over the golden carvings. I can dig up stories hidden in the curves and grooves.

I turn toward him, his black eyes glimmering as he looks at me. A blush runs up my neck. My arm tightens around his and I press my cheek to his shoulder for a moment. With a big family like mine, I’ve never been able to be me and only me. I’ve always been Josephine March—sister of Amy, Meg, and Beth. Never Jo March, writer of phenomenal stories. The love and affection

I’ve received have been a dished-out serving, for my sisters need some, too. It’s all the same, tailored ever so slightly for each of us.

But being friends with Teddy… it’s the first time someone is thinking of me—and only me.

The theater invitation is almost enough for me to feel every bit of my individual self—but I cannot shake the guilt. Amy wanted to come so badly and I was so harsh. I was trying to teach her manners, for it is improper to invite yourself places. But in turn, I forgot my own. It’s easy to lose the little amount of hold I have on my temper when it comes to my sisters.

Despite the sparkling elves and princes and princesses, I can’t enjoy the play the way I want to. Also because Laurie’s rowdy friends are often hushed by other guests.

Amy and I argue the most out of our family. I think it’s because we’re both the most passionate. Her with her art and propriety. Me with my writing and books. I try with such strength to tame my temper; I fail most of the time. When anger flares in my chest, I must get it out lest it burns me alive. In turn, it burns other people. People I care about—like Amy.

Oh, Amy. In the middle of the play, it takes everything I have not to run home and apologize.

“Teddy,” I say once the play is over and we walk into the lobby. “I don’t have any money with me. I was wickedly cruel to Amy before the play and I feel terrible. I want to buy her chocolate from the concession stand. I’ll pay you back the moment we return.”

With a gentle smile, Laurie pats my hand and walks toward the concession stand. Meg places a hand on my shoulder.

Off to the side, one of Laurie’s friends—Ned, I believe—makes obscene gestures and poses with a statue. An employee reprimands him and Meg and I turn away, lest we be seen as part of his group. “Must his friends be so abominable?” Meg asks, earning a snort from me. 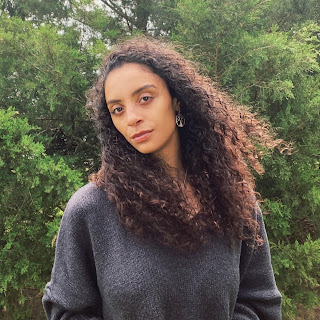 Marina Hill is a writer and artist with unconventional tastes; she craves the undiscovered and the ignored. If she isn’t daydreaming about her next story, she’s studying history or yearning to dash into the forest, build a farm, and never look back. Marina never lives in one spot for too long and loves to travel with her husky she named after Aang’s flying bison, Appa.
https://themarinahill.com/
https://www.goodreads.com/book/show/61022196-little-writer 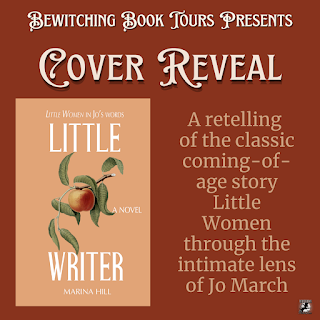