Join us for this tour from 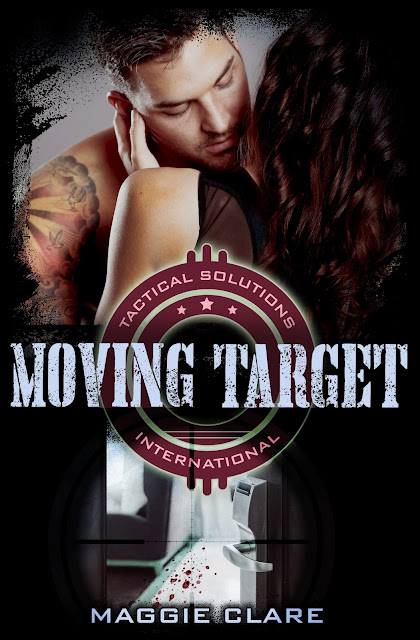 Book Title:  Moving Target (Tactical Solutions International) by Maggie Clare
Category:  Adult Fiction (18+),  225 pages
Genre: Romance / Romantic Suspense / Thriller
Publisher:  Wave Equation Media, LLC
Release date:  June 2022
Content Rating:  R for explicit sex scenes, some violence, language.
"MOVING TARGET is an ideal beach, pool, or plane read. You'll get so engrossed in the story, which is equal parts romance and suspense, that you'll have your tan or be at your destination before you know it!" - 5-Star Review on Amazon!

Teagan Tate has everything he’s ever wanted, but despite his wild success as a musician and his wild popularity with the ladies, he’s lonely. Meaningless hook-ups are getting old. There is one woman he’s interested in, but she won’t give him the time of day.

Maria Ruiz has no time for men like Teag – men with a revolving bedroom door who are too cocky for their own good. Sure, he has the body of a Greek god and a sexy Aussie accent, but as head of security for his band, Maria won’t risk her professional reputation. And as a woman who’s been there and done that, she won’t risk her heart.

Things take a deadly turn when Teag is the sole surviving witness to a cartel murder. Still recovering from his injuries, he’s forced into hiding with his sexy bodyguard. As their feelings grow into something unexpected and wonderful, a ruthless killer continues to hunt Teag.

Maria and Teag must rely on each other to stay out of his crosshairs, or they risk losing each other and their chance at love.

Interview with the Author

Tell us a little about your series.

Tactical Solutions International is a romantic suspense series focused on the founders of private security firm, the operatives they’ve hired, and the folks they fall in love with. All the books have a healthy dose of suspense - from serial killers, to human trafficking rings, to creepy stalkers, to the deadly assassin featured in Moving Target. All have a happily-ever-after, though, I promise!

Can Moving Target be read as a stand-alone.

Yes, for sure! All the books in the series can be read as standalones, but you’ll be able to check in on your favorite characters from the previous books and meet some of the characters I intend to feature in future books.

Do you write under a pen name, and if so, why?

Yes, Maggie Clare is my pen name. I publish science fiction and other speculative fiction under my given name, Tabitha Lord, but I use a pen name for all my romance novels because this audience is quite different. Maintaining two separate platforms is time consuming, but it’s also a lot of fun. If you like to read outside the romance genre, you can check out my other work at www.tabithalordauthor.com.

Where did the name Maggie Clare come from?

My grandmothers, Margaret and Clare, were two spirited ladies, very different from one another but both avid readers. Unfortunately, they passed away before my writing career began, so I decided to honor them by using their first names to make up my pen name. I think they’d get a kick out of it!

Has a minor character in any of your books ever demanded a story of their own? Did you write that story?

Yes! I’d originally planned only five books for the TSI series, but shockingly, while in the midst of writing, a few of the minor characters demanded their own stories! This was the case with Teagan Tate, the male lead in Moving Target. We first meet Teag in Sing for Me, book one in the TSI series. He’s the crass, funny, Aussie drummer in the rock band Madison Grace and a good friend to Fiona Flynn, lead singer of the band and star of book one. Teag was such of fun character to write that I definitely wanted to spend more time with him, and when I started to receive reader requests for his story, I took it as a sign.

What’s next for the TSI series?

I’ve just started writing A.J.’s story. He’s one of the founding partners of TSI who readers have met along the way. While this book contains the action and suspense typical of the genre, it’s also a ‘second-chance’ romance with a lot of feels, so keep your box of tissue close by! 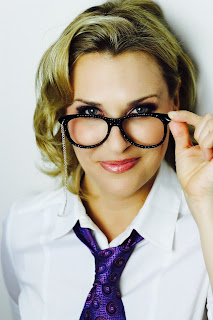 Meet the Author:
Maggie Clare is the pen name of award-winning speculative fiction author Tabitha Lord. When channeling Maggie, she writes all the naughty things! A lover of tea, chocolate, and yoga, she lives in Rhode Island with her husband and menagerie of fur babies.